Following their big split at the end of last week’s episode, is there any hope left for Jimmy and Lydia in Monday’s Significant Mother season finale (The CW, 9:30/8:30c)?

Series creators Erin Cardillo and Richard Keith won’t say, but they do promise that the finale will fill in a few blanks from the couple’s latest argument, in addition to revealing “whether or not it’ll all end happily.” And what’s this about Nate coming to their rescue?

“There’s a point where he realizes the only thing worse than seeing his best friend dating his mom is seeing them both brokenhearted,” Cardillo says. “So he makes a plan to fix the problem.” (You know, because Nate’s plans always work out so well.) 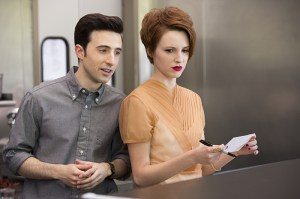 Speaking of Nate, the finale also addresses his unrequited love for co-worker Sam in what Keith calls “a very Nate sort of way, which means neither the coolest nor most direct.” He reminds us that Nate — thanks to a jar of edibles — forgot about his kiss with Sam in Episode 4, “so there might be some discussion about that.”

As for what a potential Season 2 could bring, Cardillo and Keith would love to call back a few of their favorite guest stars, including Linda Gray’s Gammy (“She is engaged!”), Mircea Monroe’s car thief/porn star Annie Hole and Justin Deeley’s Jimmy-clone Timmy.

Now you tell us… How do you hope Mother‘s first season wraps up, and would you tune in for a second? Drop a comment with your thoughts below. 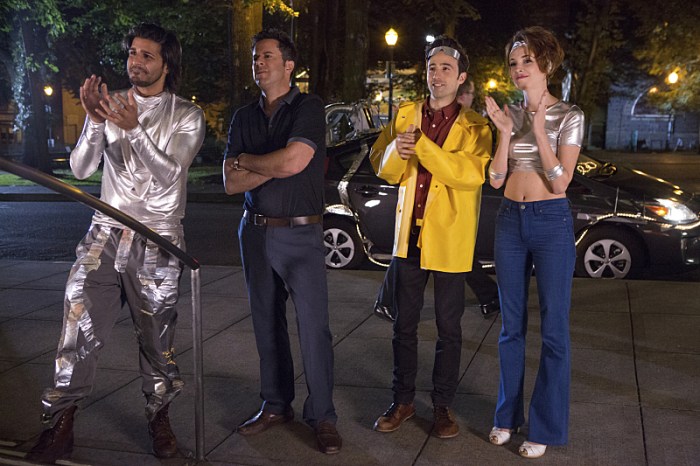