As Bones opens Season 11 this Thursday at 8/7c, someone is dead — which is, of course, B.A.U. for the Fox drama. But what’s new is that Seeley Booth shapes up to be a suspect in the slaying. Worse, he’s gone missing.

Jumping on the G-man’s trail is FBI Special Agent Grace Miller, played by Kim Raver, who knows a thing or two about racing against the clock in the name of justice, having spent a few “days” on 24.

“Booth is missing and she comes in to figure out what’s going on,” Raver previews. “And in her mind, all of the evidence sort of leads to him possibly being a suspect, which of course raises the hairs on everyone else’s backs.

“But for [Miller], Booth has not been the ‘perfect’ guy that everyone else sees him as,” the actress warns. “She rightfully brings up a lot of his past, and that’s where a lot of the contention comes in.”

Chief among those clashing with Miller’s theories is Booth’s wife Brennan, who usually is an advocate of cold, hard facts. But not this time. “It’s interesting, because Brennan as a character is very used to dealing with things that are beyond dispute,” Raver notes, “whereas in this case, the facts, laid out a certain way, might not be something she like seeing.”

“Because she has a personal involvement with the case, being her husband and all, it totally changes the game,” Raver adds.

As alluded to above, getting wrapped up in a high-octane situation is nothing new for Raver, who in the photo gallery below shares with TVLine her “Memories From the Set” of 24, Third Watch, Revolution and other shows. 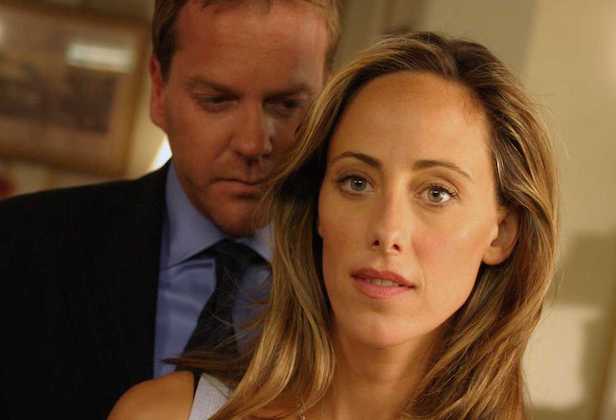