Good guys, bad guys — after Wednesday’s Law & Order: SVU premiere, who can even tell the difference?

The two-hour mindscrew of an episode began, as so many do, with the discovery of a brutal murder — in this case, a dismembered redhead whose cause of death fit eerily with the M.O. of Greg Yates. But the team’s visit to Green Haven didn’t yield the confession they’d hoped for; rather, it presented the first of several bread crumbs which eventually lead back to one of their very own.

It turns out Yates’ time in medical school briefly overlapped with that of new Manhattan medical examiner Dr. Carl Rudnick, and they shared a lot more than just an alma mater. I’ll spare you a recap of every little procedural detail — I’m hoping/assuming we’ve all watched the premiere — and just say that the back-and-forth reveals of what these two men have done in the name of revenge was pretty bananas.

So I guess it’s only fitting that, following Rudnick’s lengthy trial and eventual conviction(s), he’d end up in Green Haven right alongside his ol’ frenemy. Of all the unnerving moments in this premiere — and there were many — I feel like that final interaction between Rudnick and Yates will haunt me the longest. (Also, I kind of want a prison-set spinoff if that’s not too much to ask.) 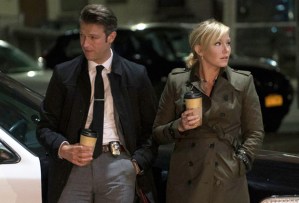 Just in case that wasn’t enough insanity for you, Wednesday’s premiere also revealed that Rollins is pregnant, though she swears the father isn’t Nick, who’s now “happy” and doing physical therapy in Laguna Beach. The initial reveal of Rollins’ pregnancy was a little unsettling — Yates swore he could smell it on her, then claimed it meant they were connected, kind of like when Jacob imprinted on Bella’s baby in Twilight — but her heartwarming conversation with Benson more than made up for the ick factor.

SVU fans, your thoughts on the season premiere? Any theories about the I.D. of Rollins’ baby daddy? Grade the episode below, then drop a comment with your full review. 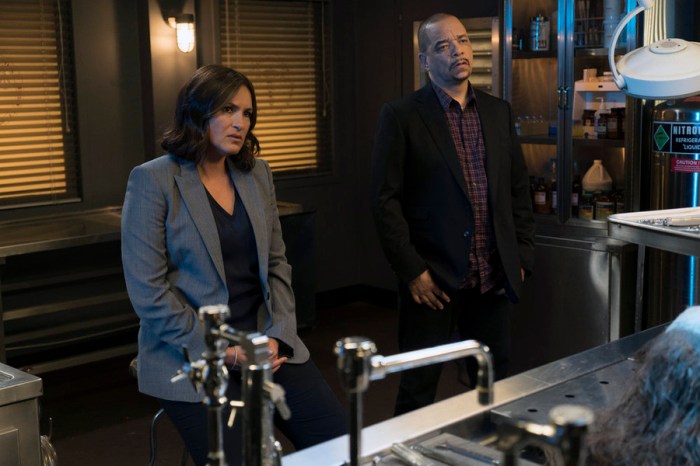