From the Bill Cosby rape scandal to the Jared Fogle molestation debacle, South Park had a lot of ground to cover after being off the air for nearly a year. Simply put, Wednesday’s premiere didn’t just cover that ground — it scorched it.

After more than 250 episodes of offending virtual every special interest group on the planet — and, in some cases, other planets — the residents of South Park were forced to take a hard look at themselves during the Season 19 opener, and things got ugly real fast.

Following a report of a student referring to rape as a “hot Cosby,” Principal Victoria was relieved of duty; filling her shoes was P.C. Principal, whose disdain for the offensive Colorado town can be summed up with a single quote: “I Googled South Park before I got here, and I cannot believe the s–t you’ve been getting away with!” 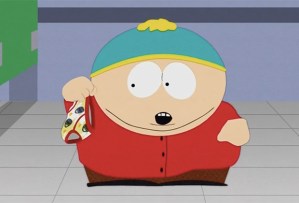 P.C. Principal first set his sights on Kyle, who received two weeks of detention for saying, “I don’t think Caitlyn Jenner is a hero.” Channeling his inner Tom Brady — aka choosing to “deny and subvert” whenever someone accuses him of breaking the rules — Cartman attempted to fight back, going so far as to frame P.C. Principal by soaking Butters’ underwear in his urine. But instead of admitting defeat, P.C. Principal (literally) fought back, sending Cartman to the hospital with broken bones and a bruised ego.

Despite Cartman’s later attempt to stop the P.C. movement in South Park — oh, did I forget to mention that the new principal formed a politically correct fraternity, which Randy was naturally roped into? — Kyle eventually submitted to public pressure, admitting that Jenner is a hero, “and she is absolutely stunning.”

(Side note: We all knew Cartman would lead the anti-P.C. rebellion, but did anyone expect him to employ the children of Syrian refugees? Good grief!)

If this was a pre-Season 18 episode of South Park, I’d assume that next week’s installment would find the town returning to its normal state of unabashed offensiveness, but following last season’s sudden introduction of — gasp! — continuity, I don’t know what to expect.

Is this going to be the season of political correctness in South Park? And what did you think of the Comedy Central’s long-awaited return? Grade the premiere below, then drop a comment with your review of the episode. 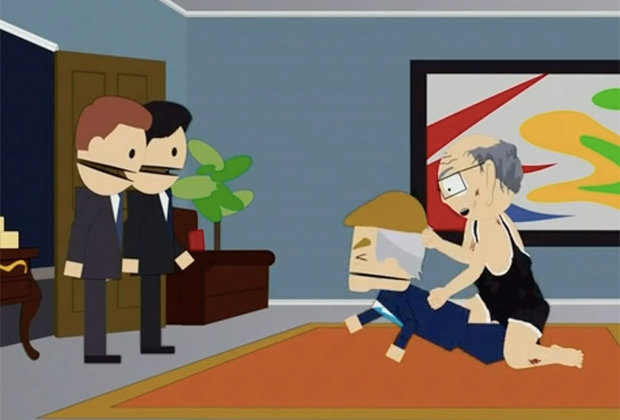