ABC promised a history-making “twist” during Sunday’s Miss America competition; what it didn’t mention, however, was how incredibly uncomfortable that twist would be.

Following Williams’ performance of “Oh How the Years Go By,” the Ugly Betty star was joined on stage by Miss America CEO Sam Haskell, who apologized — both to Williams and to her mother in the audience — for the way the committee (allegedly) pressured Williams to resign from her position in 1984, following the release of her nude photos.

“I have been a close friend to this beautiful and talented lady for 32 years,” Haskell began. “You have lived your life in grace and dignity, and never was it more evident than during the events of 1984 when you resigned. Though none of us currently in the organization were involved then, on behalf of today’s organization, I want to apologize. And to your mother, Miss Helen Williams, I want to apologize for anything that was said or done that made you feel anything less than the Miss America you are and the Miss America you always will be.”

Responded Williams, “Thank you so much, Sam. This is so unexpected, but so beautiful. I did the best that I could as my reign as Miss America from 1983 to ’84. On behalf of my family — my mother, in particular — Bryan Edwards, who orchestrated this entire thing to bring me back and your leadership, your integrity, and you bringing this pageant back to what it ought to be. I love you, I love the girls and I’m so honored to be back.”

Hit PLAY on the video above, then drop a comment with your thoughts: Did you find this satisfying, or just super awkward? And do you think the apology was really a “surprise,” as Williams claimed? 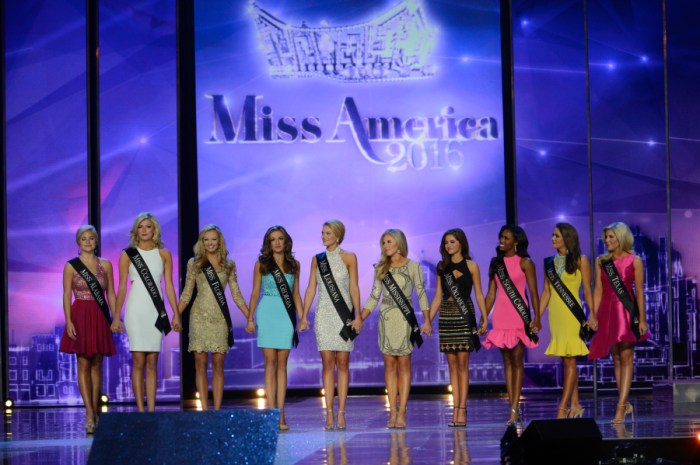