Now that Scorpion‘s Walter O’Brien has cheated death, he’s got another (and likely more harrowing) crisis on his hands: confronting his feelings for Paige.

When the CBS drama returns (Sept. 21, 9/8c), Walter will discover — via hospital footage — that Paige kissed him when he was knocked out on morphine. And judging by these newly released photos from the Season 2 premiere, there will be plenty of awkward tension in the air as the couple comes to terms with how they feel about each other.

Executive producer Nick Santora tells TVLine that a “complicated” relationship lies ahead for Walter and Paige. “Walter, of course, is very analytical and practical, and he and Paige decide, ‘OK, this is what we’re going to do now that we know this,'” he teases. “It’s something that’s going to reverberate throughout the season.”

One thing the lovebirds won’t have to worry about, at least in the foreseeable future? Paige’s baby daddy, Drew, who will remain on the East Coast to play baseball for the first half of Season 2. Adds EP Nick Wootton, “We haven’t written a story for [him] yet, but potentially in the back half of the season, we’ll bring him back.”

Scroll through the photos below — which also feature Alana De La Garza’s debut as Director of Homeland Security Adriana Molina — then hit the comments with your hopes for Scorpion‘s second season. 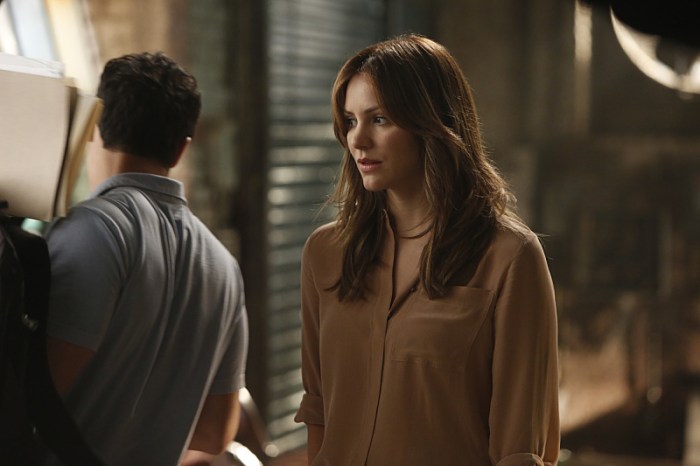