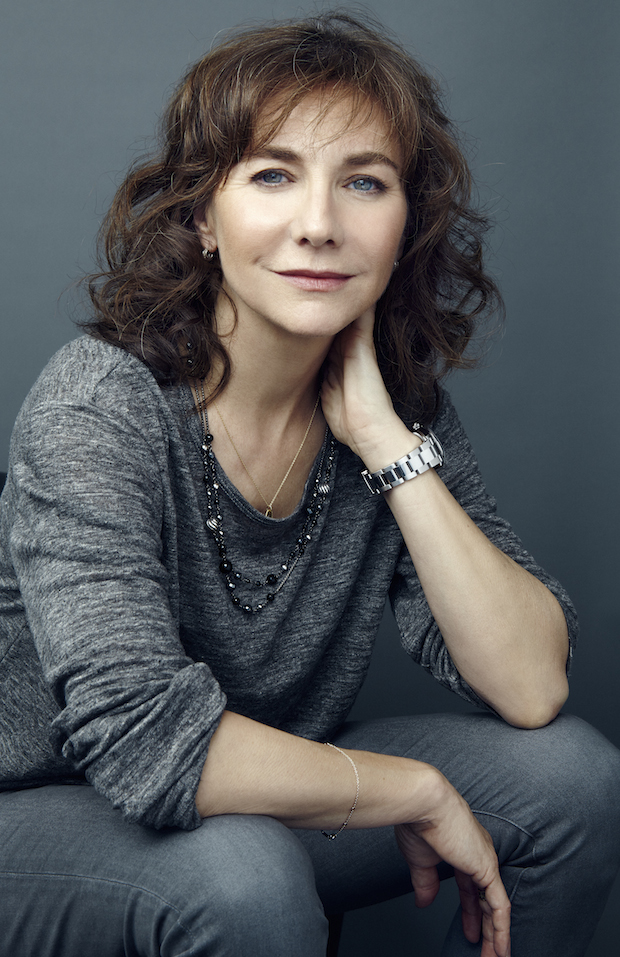 It was some 15 months ago that Ilene Chaiken was recruited to help build a mighty Empire.

What the L Word alum (pictured at right), as showrunner, proceeded to develop with series creators Lee Daniels and Danny Strong was a frothy sudser set in the music business, one that would churn buzz at the proverbial watercooler as well as grow its audience every single week throughout its 12-episode run.

Every. Single. Week. Culminating in a same-day finale audience of 16.7 million total viewers.

As one could imagine — especially since Empire lives on a network that has struggled in recent years — all eyes are on the Fox drama’s sophomore run (premiering Wednesday, Sept. 23), which in recent months has mostly made noise by way of casting splashy guest star after splashy guest star.

TVLine sat down with Chaiken to address concerns about the parade of famous faces heading Cookie’s way, share any lessons learned, give us a taste for what Season 2 has on tap and reveal the one, surprising character to keep your eye on….

TVLINE | I imagine that you, as a staff, post mortem the season gone by. When did you do that, and what came of that discussion?
I didn’t really get a break, so I didn’t get to do much of a post mortem, but when we came back to the [writers] room of course we talked about what we’ve learned from the first season and what lessons we wanted to take into the second season. The thing that really was important to us is to “keep doing Empire.” We didn’t say, “OK, how can we change it up now?” It was, “How can we be better? How can we keep telling these stories, stay true to these characters?”

TVLINE | Was there a temptation to do “more,” to take things to a next level?
We try to resist that temptation. Firstly, we came in at a pretty high decibel level, so I think trying to outdo that is a fool’s mission. I’d be lying if I said we’re not aware that we have to keep it as fast-paced and breathtaking as it was in Season 1, but I don’t think we have to surpass it. I just think we have to be real.

TVLINE | Would you say your No. 1 one priority is to make the viewers feel versus to shock them? I mean, the show is well-remembered for all the twists, surprises and OMG moments, but there’s also the value in, say, Jamal’s plight.
I think all of those moments would be meaningless without characters that the audience already knows. We always start from the point of view of telling the stories of characters that we care about, that the audience hopefully will care about. If we follow that path, we find those OMG moments. 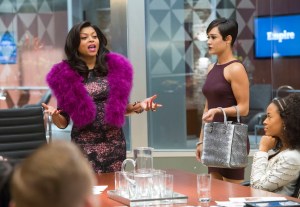 has had to worry about in years. They really need you to come through. Does that weigh on you? Or do you isolate yourself from outside influences?
There’s no point. We just need to try to do a good job, to really be good storytellers, and to be rigorous with ourselves and not accept anything from ourselves that doesn’t feel like it’s as good as it can be. That’s all we can do.

TVLINE | You talk about lessons learned. If you can be candid, is there anything you admittedly decided, “You know what, that didn’t quite work,” or at least on a level you expected it to?
Here’s the big lesson learned: The only thing that I sometimes felt while I was watching the show — and clearly sometimes the audience felt it too — is not so much that we burned through a story too quickly, but that we sometimes didn’t honor the evolution of character in a way that we wanted to, because we were trying to get a story moment. So, we’re trying to be more mindful in the second season of really staying with our characters and paying off something that we set up if it demands to be paid off. I don’t think it will be any less fast-paced, but I hope that we’re better at staying with those character parts.

TVLINE | I think of someone like Andre, where there may have been some nuances you wanted to spend more time with.
Agreed.

TVLINE | There’s been a lot of guest casting this summer. Tell me not to worry about all of that guest casting.
Don’t worry about the guest casting, because Empire is about the Lyon family and they’re always going to be the more important thing. Our rule for ourselves, even though all of these fabulous people are being presented to us on these lovely silver platters, is that we’re going to tell our stories, and if [guest stars] fit into our stories, fantastic. “So-and-so wants to be on Empire, and we’ve got this story, and she would be great as this character.” Every once in a while, we might spend a bit of time figuring out what we can do with a certain person who really wants to be on the show, but if it doesn’t fit, we don’t do it.

TVLINE | What’s an example of a new guest or recurring star who will have a significant impact on storyline? Seems to me like Marisa Tomei might fall into the category.
Marisa Tomei is a perfect example. That was a story we were telling, and the first script was already written, and the character was already developed when we cast Marisa. Of course Marisa is a very, very big get, and she’s so good, but it’s entirely driven by story.

TVLINE | Turning to the main cast: 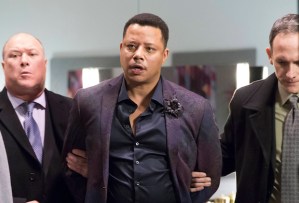 What is Lucious thinking standing behind bars at this point? What’s going through his mind as Season 2 opens? Do we almost see steam coming out of his ears?
We can see steam coming out of his ears, but Lucious surprisingly can be a patient man. He takes from every situation he’s in, and he’s getting something from this. Not that he wants to be in prison, not that he’s not doing everything he can to get his people to come through for him and get him the hell out of there, but while he’s in there, he’s going to make something of it.

TVLINE | We’ve seen a lot of TV protagonists get put behind bars. How does Empire make a prison story interesting?
What Lucious Lyon does in prison is interesting, and what he takes out of prison makes him more Lucious than ever. It brings him closer to the streets, back to his roots. He’s angrier, more ferocious and more powerful than he was before.

TVLINE | Would we be hasty 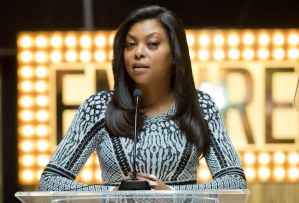 to presume that Cookie ratted him out? Should we be wondering that?
I’ll just come right out and say it: You’d be wrong. Cookie wouldn’t rat anybody out and certainly not Lucious. Cookie, she’s not a snitch. That’s not who she is.

TVLINE | It betrays the “street code,” I imagine.
Yes, and Cookie lives by the street code probably even more than Lucious.

TVLINE | Meanwhile, what is Cookie up to?
Three months have passed and Cookie is trying to take over Empire when we start. Should she not succeed at that, she will be unstoppable and more determined than ever to have her own [label].

TVLINE | Which of the Lyon sons 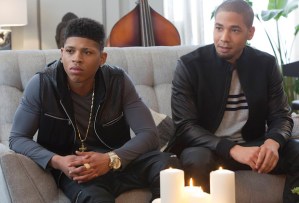 is on a particularly interesting arc in Season 2?
They all are on a really interesting arc — each of the sons has a very distinct journey to go on — but if I had to say who changes and grows the most in the second season, I’d say Hakeem.

TVLINE | I can see that. I mean, he had some colors to play in Season 1, but he’s definitely a young boy who needs to grow and become a man.
Exactly.

TVLINE | Which Season 1 twist was most improvised on the fly? Was there one that you kind of just pulled out of your hat and said, “You know what? Let’s do this?” I kind of feel like the Rhonda/Vernon thing in the finale was you saying, “Know what would be really crazy? If she bludgeons him!”
And that was story. That came out of story in the room, and the response was like, “Oh my God. I think Rhonda might kill Vernon,” 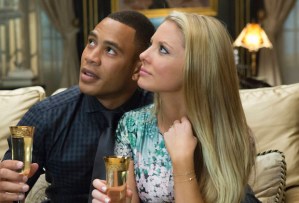 because he came around like that. It wasn’t like, “What can we do that will be crazy?” or “How can we kill Vernon?” It was, “What if…?” The twist that we pulled out of a hat was “Jamal has a baby.”

TVLINE | Yeah, when Olivia walked up to him, that was probably the fifth or sixth thing I would expect her to say.
That was the one we pulled out of a hat. And it wound up having all kinds of repercussions – including, it made us realize that Lucious is capable of treachery beyond your wildest imagination. And that he probably has a lot of children out there.

TVLINE | Is that someone who’s been cast…?
She’s been cast, but nobody would know. She’s just an important character and part of an interesting story.

Want more scoop on Empire, or for any other show? Email insideline@tvline.com and your question may be answered via Matt’s Inside Line.