By the time credits rolled on The Blacklist‘s Season 2 finale last May, everything we thought we knew about the NBC drama had been blown apart.

Liz, having murdered Attorney General Tom Connolly, landed herself on the FBI’s Most Wanted list and began the life of a fugitive with Red by her side (and her former FBI colleagues on her tail).

Meanwhile, news of The Cabal’s existence was leaked to the press, and good ol’ Tom Keen… well, we’re not exactly sure what he went off to do.

What we do know is The Blacklist has a (somewhat) clean slate heading into Season 3, now that its very protagonist is on the run from the law —  and, ahead of the series’ Oct. 1 return (9/8c), we have a few suggestions for the show’s third go-round.

Scroll through our gallery below (or click here for direct access) to see our Season 3 hopes for Liz, Red, Tom and the rest of the gang, then hit the comments with your own wish list. 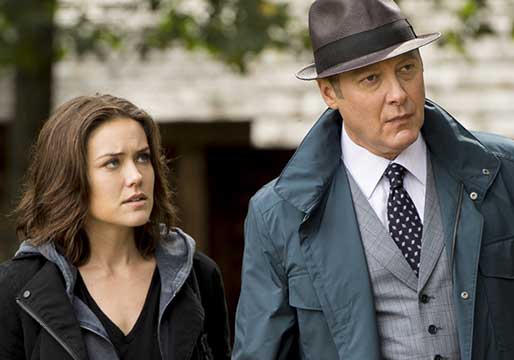