“I heard that some of them were a little hesitant about [the movie], which I understand,” Gaston tells TVLine. “But I think they’ll see it as a positive look back at the show. I hope they enjoy it.”

Most of the film’s backstage drama — as seen in the first preview clip below — revolves around the Olsen twins; the other girls didn’t like being upstaged, and the adults weren’t initially sure how to work with them. (Stamos recently admitted that he nearly got the twins fired.)

There’s also a bit of playful banter between Stamos and his co-stars, Bob Saget and Dave Coulier, which you can peep in this second clip:

As someone who grew up watching Full House as a kid, Gaston says he’s excited for other fans to relive classic moments through him, including some “fun” scenes with Jesse and the Rippers — though he regrets to inform us he doesn’t get to croon the band’s most iconic song.

And now, Gaston leaves you with these two simple words:

Will you check out Lifetime’s Unauthorized Full House Story this weekend? Drop a comment with your thoughts below. 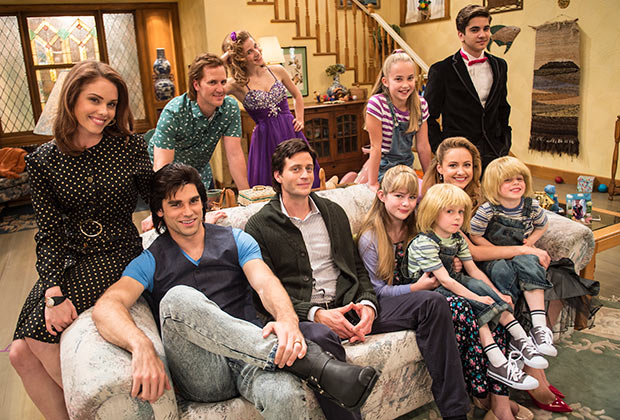