Callen puts the “G.” in “OMG” when NCIS: Los Angeles opens Season 7, as seen in these exclusive photos from the CBS drama’s Monday, Sept. 21 premiere.

Picking up three months after the finale, in which Hetty (played by Linda Hunt) informed/fibbed to Callen (Chris O’Donnell) that his father was dead, “We discover that Callen has been doing his own investigation into something,” showrunner Shane Brennan tells TVLine. And as a result of his rogue op, “He finds himself in a very difficult situation with Hetty and Sam (LL Cool J), because he’s not telling them what he’s got himself caught up in.”

Brennan says that although Callen’s agenda is ultimately revealed in the premiere (titled “Active Measures),” “It’s not resolved.” Rather, “In the tradition of this show, we plant the seeds of something to come, and it has a fairly major impact halfway through the season, in a double-episode.”

For more Season 7 premiere photos plus scoop from Brennan and the NCIS: LA cast, click through the slideshow below: 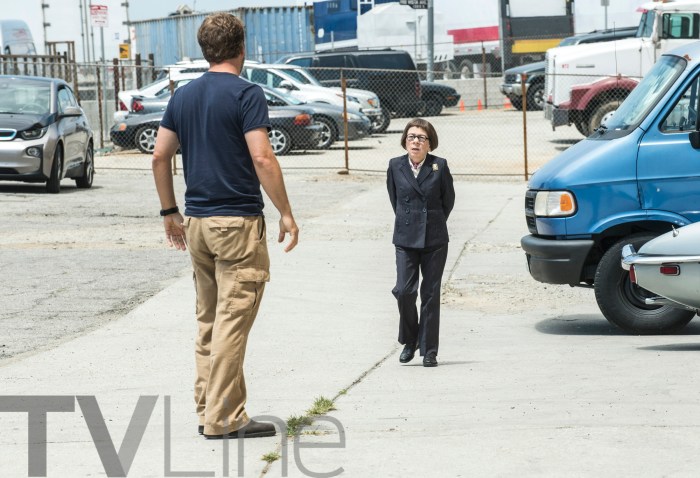