We’ve got questions, and you’ve (maybe) got answers! With another week of TV gone by, we’re lobbing queries left and right about shows including Masters of Sex, Humans, Scream and Complications! 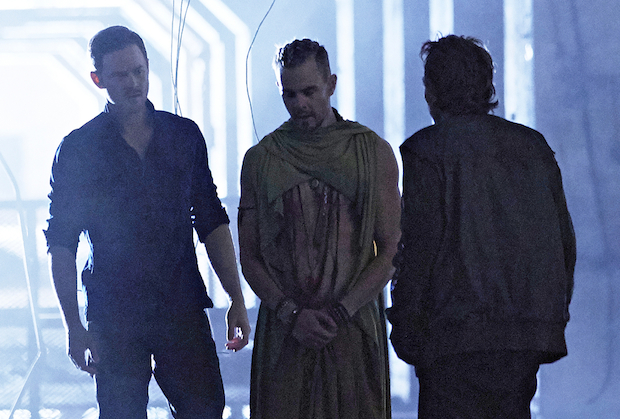 1 | Do Killjoys’ John and Alvis look just a bit too much alike, at a quick glance?

2 | On Hannibal, was Bedelia’s hand down Neal’s throat the biggest plate of crazy on the menu? And does anyone want to take a crack at explaining what the bloody hell was going on there?

3 | Is Humans’ Mattie the coolest teenager on TV right this second? (Spoiler alert: Yes. Yes, she is!) And were you as surprised as we were to see the show salvage Max back from the river?

4 | After Sunday’s Masters of Sex, are you fully convinced that a Masters/Betty buddy comedy would be the best spinoff idea? How guilty did you feel for cheering on Bill when he scared the literal piss out of the brat who’d been bullying his son? And as much as everyone hates Tessa,

don’t you also have to give her credit for the clever way that she tipped off Grandma to Virginia and Bill’s affair? Finally, can someone please tell us exactly what became of Robert?

5 | Didn’t the resolution of True Detective‘s central mystery — Who killed Ben Caspere? — seem like an afterthought in the season finale? And if you could give HBO one note for (a possible) Season 3, what would it be?

6 | Last Ship fans: “Hooray!” or nay on Rachel coldly killing Niels, albeit in the name of the greater good? On a related note: Which beautiful, accented epidemiologist 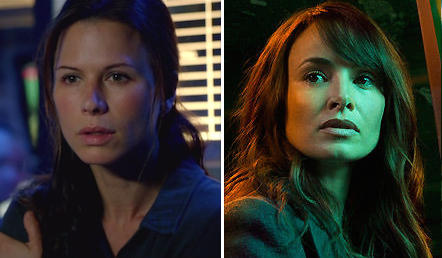 from Sunday-night TV would you want manning the beakers during an outbreak: Rachel or The Strain‘s Nora?

7 | Did you feel duped by Food Network Star serving up pilots for all three of its current finalists that wasted the guys’ kitchen skills and relegated them to the role of culinary tour guides? That said, who’s your pick to win: Dom, Jay or Eddie?

8 | Can’t Falling Skies‘ 2nd Mass cross paths with some kindly people, for once? And how damn squicky was it when that Army brat pried the spike from Ben’s back?

9 | Can you think of a routine from So You Think You Can Dance‘s 12-season history that was more unfortunate than Monday’s “sexy fish” burlesque? And did your inner feminist die a little when Paula Abdul suggested Megz could only be sexier by wearing tighter pants?

10 | Good point, TVLine reader LK: Why hasn’t The Fosters‘ Callie been living with her dad instead of in a group home? 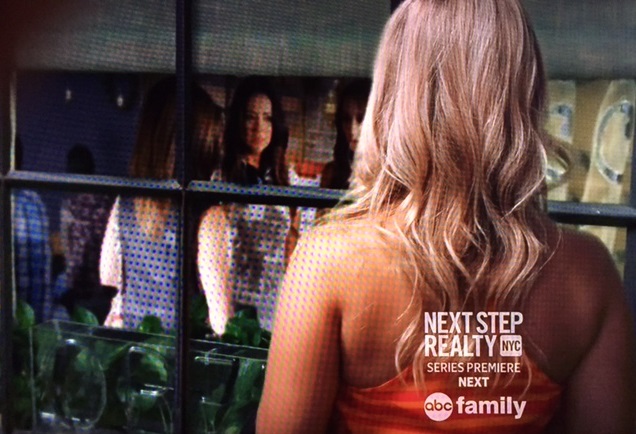 11 | Was this bit of flashback CGI supposed to make it look like CeCe was watching the Pretty Little Liars through the coffee shop window? Because it didn’t. And which of the gals was stuck in the most unflattering dress for the hour?

12 | Didn’t [spoiler]’s gruesome Scream death feel like something out of the Saw film franchise?

13 | Prior to this week’s Zoo, did you know that bears travel in sleuths? And is this summertime series getting just bananas enough (bulletproof Yogi!!!) that you’re kinda wanting a Season 2?

14 | Did seeing Troian Bellisario back on Suits have you imagining that Pretty Little Liars’ Spencer is now a lawyer in the flash-forward? (But really, would Claire ask if Rachel’s “Mike Ross” is the same one she once knew, since after all it seems like a common name?) Also, how do the assorted secret-keepers have no “code word” around the office yet for “Mike isn’t a lawyer”? Since everyone regularly talks about it just feet from hallways?

16 | New Sesame Street episodes premiering on HBO: Does the saving of the iconic kids’ series outweigh the nine-month delay for “free” PBS viewers? 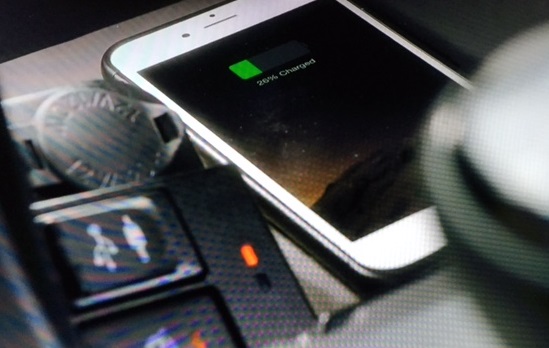 19 | Did Mistresses‘ Joss-Scott/Sliding Doors fantasy sequence make you wistful for their shiny-happy relationship — or just confirm their chemistry never would’ve lasted for a free spirit like Joss?

21 | Rookie Blue fans, who do you feel worse for now that Steve has been exposed as a dirty cop: his girlfriend Traci or his sister Gail? 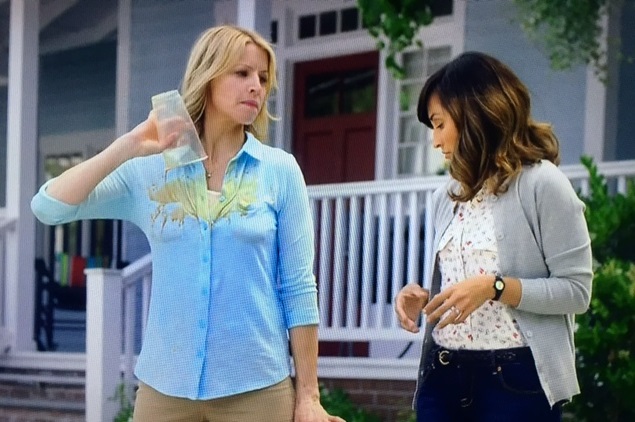 22 | Don’t you get the feeling the washing machine commercial lady was supposed to make a more tragic mess than this? Having dumped such a large coffee?