It’s too bad Elena passed out early, because it sounds like she’ll be missing one hell of a party when The Vampire Diaries returns for its seventh season on Thursday, Oct. 8 (The CW, 8/7c).

TVLine caught up with executive producer Julie Plec at the Television Critics Association summer press tour, where she teased Bonnie and Matt’s new love interests, the return of Damon and Alaric’s bromance and a particularly surprising “curveball” being thrown at Stefan and Caroline.

TVLINE | I feel like I know the answer to this, but what is that counting down to?
It’s counting down to the beautiful inevitability of his reunion with his one true love.

TVLINE | So is that also his countdown clock for when Bonnie’s going to die?
[Laughs] Well, by then, Bonnie will have lived a nice life. He tacks on an extra decade for her every now and then. No, what’s really lingering for Damon is … he waited for Katherine for a long-ass time, so it’s the waiting game. That’s not what’s hard for him; it’s what to do with himself and how to behave as a man and a vampire in the interim.

TVLINE | And what are some of his coping mechanisms?
Well, drinking, as always. And now he has Alaric back on the bourbon wagon, because he’s also been dealt the s–t end of life. Bonnie has sort of taken it upon herself to be the uninvited chaperone, which is funny because she and Damon have so much unspoken between them — the guilt, the resentments, the gratitude, there’s a list of things they’re dealing with. Watching them air it out together is actually really nice. We’ll continue to watch their friendship build, because they really do owe each other a lot. They’re going to go through this whole thing together, which is a fun dynamic we’re exploring. 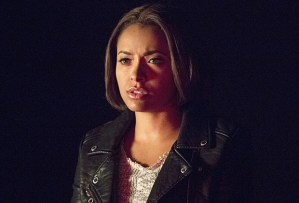 TVLINE | When last I spoke to Kat Graham, she said she pitched a bisexual story for Bonnie.
She did! In theory, we were all for it, and it’s entirely possible it could happen someday. At the time, we were still so close to Buffy. So if we also made our witch gay … frankly, I didn’t feel like reading all the tweets calling me a hack artist. But Kat really believes in it as a potential road for her character, and we support it 100 percent, so if it ever feels right for the character, we’re all for it.

TVLINE | But you are planning to pair her up with someone this season?
Yes, yes we are. It’s not a woman yet, but it’s a little bit surprising. It comes strangely out of nowhere, but it will make a lot of sense. That’s my enigmatic tease.

TVLINE | And what’s the plan for Matt? I think it’s time you introduce a nice woman he can settle down with and start popping out babies.
I will tell you this: There’s a pitch on the table as we speak. I don’t know if she’s nice yet. In this town, they often have two sides to their personalities, so one can never predict if a nice girl will be a nice girl. But I do think it’s time for Matt to start asking himself what kind of people he’s willing to be surrounded by. I think you’ll be surprised by the answer.

TVLINE | Anything you can tease about Stefan and Caroline that you haven’t already?
I would say Stefan and Caroline are part of one of the bigger surprises of the season, which we’ll unfold around Episode 6 or 7. It’s a bit of a fun curveball to throw their way.

TVLINE | Lastly, I know Nina Dobrev is done filming, but might we see old footage of Elena used for flashbacks?
None that we’ve done so far, but I don’t think we wouldn’t use it. If it calls for it, we will.

Your thoughts on the latest Season 7 teases? Drop a comment with your personal hopes for TVD‘s future below. 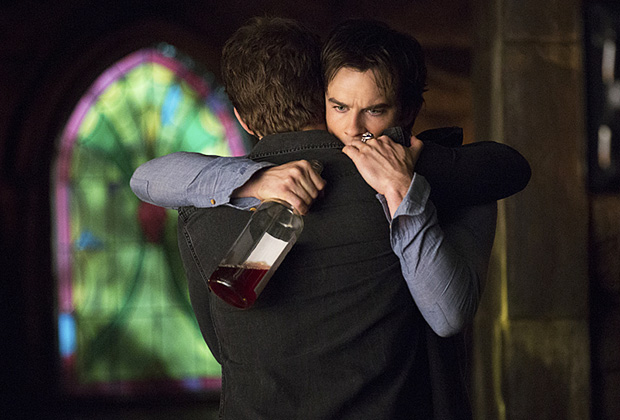