Supernatural will outlive us all.

There is absolutely no end in sight for the CW’s everlasting drama, network president Mark Pedowitz maintained Tuesday at the Television Critics Association summer press tour. “If the numbers hold and the [producers] want to do it, we’re in,” he said of continuing the series beyond its upcoming 11th season. “We’re very excited that the guys want to keep on doing it. They bring fresh enthusiasm every week.”

Also at Tuesday’s CW exec session, Pedowitz weighed in on…

A Supernatural Spinoff | “We’d love to do one,” he said. “It probably will not happen this year, but at some point, there will be another swing. (For the record, Pedowitz had not heard of the Wayward Daughters offshoot fans are campaigning for.)

Beauty and the Beast | Fans will likely have to wait another nine months for the show’s fourth season. “I truly like it as a summer series,” he said. “It gives us original programming. One of our goals for the network is to have year-round programming, and we’re doing more and more of this. I plan to keep it there.”

Nina Dobrev’s Vampire Diaries Exit | “We would have loved Nina to stay,” Pedowitz admitted. “She did a great job for the six years she was on the show and she’s welcome anytime she wants to come back. I have to give credit to [executive producers] Julie Plec and Caroline Dries in terms of [re-focusing the show] on Damon and Stefan … as well as having Kat Graham and Candice Accola’s characters stepping up in ways we’re very happy with.”

Jane the Virgin‘s Emmy Snub | “I was disappointed for the show,” said the exec. “[Jane] won a Peabody Award, an AFI Award, a Golden Globe nomination… We are going to have to earn it. [Series creator] Jennie [Urman] and the whole team is out there to earn that nomination next year from the Academy. And they deserved it this year.” 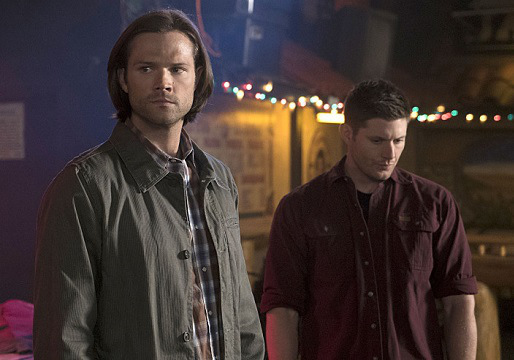