Operation: Rescue Liam And Hayden hit a few nasty bumps on Monday’s Teen Wolf, and by the end of the harrowing, eye-gouging hour, Scott’s pack was officially down a member… at least for now.

Thanks to a perfect storm of wolf powers and dumb luck — Scott tapped Corey’s memories and Stiles recalled getting in trouble for skateboarding at the water treatment plant — the pack managed to track down the missing babies, but it wasn’t the asthmatic Alpha who ultimately saved them.

That honor went to Theo, though he was unable to save their new pal Zack, who may or may not have had wings(?!) which were yanked off by the Dread Doctors. Theo sort of made up for that by giving Liam and Hayden some alone time during the drive home (Make! Out! Make! Out!), but I can’t be the only person who found it super creepy that he watched them from the front seat with hungry eyes.

As you can imagine, not being able to rescue his pack members in times of trouble — this ain’t the first time! — is starting to take a real toll on our boy Scott. Though Mama McCall attempted to lift his spirits with another one of her trademark pep talks, it didn’t quite do the trick this time. (“Something’s changed,” he told her. “Something’s different. … I think it’s because of me.”)

EYE YAI YAI! | This week’s episode also answered one of the questions fans have been wondering all season: What could possibly inspire Kira to leave Beacon Hills? Apparently, she’s just worried about fox-ing out and hurting someone she cares about, which is pretty fair considering she was almost arrested for murder this week. She also finally finished reading the Dread Doctors book, which triggered a particularly heinous memory of the DDs pulling her from her parents’ car and sticking a tool directly into her eye, causing her to glow. (If anyone can make sense of that scene for me, I’d love to meet for coffee. Or, at the very least, please drop a helpful comment below.) 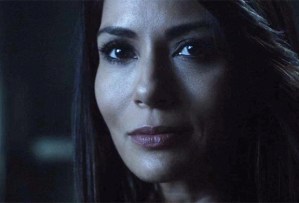 MOMMY FEAREST | As TVLine exclusively reported last week, Malia’s mother — aka the damn Desert Wolf — finally reared her surprisingly gorgeous head this week, and she came with a message for her darling daughter: “If she is still alive, I’m just going to have to kill her again.” (Uh… Can someone remind me again why we were so excited for her to arrive?)

And last, but certainly not least, can we talk about this?! 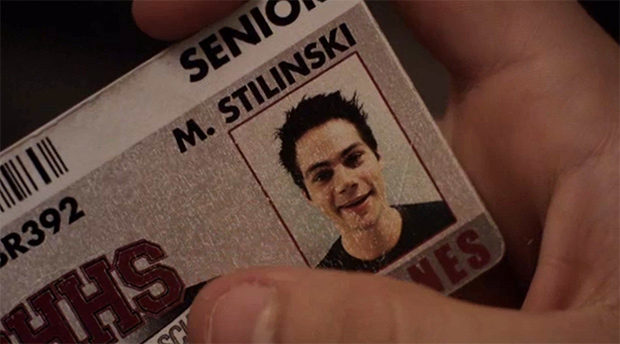 Teen Wolf fans, let’s try to make sense of this week’s episode: What happened to Kira? And what is Stiles’ first name?! Drop a comment with your best theories below.