We’ve got questions, and you’ve (maybe) got answers! With another week of TV gone by, we’re lobbing queries left and right about shows including I Am Cait, True Detective, Humans and Mistresses!

1 | Are we 100-percent certain that Hannibal‘s Dr. Chilton is alive — and not just a figment of multiple imaginations?

2 | Did you get serious Alias vibes from True Detective‘s Ani in her party getup? And who shares TVLine reader Mike’s theory, that the kids who survived the jewel heist way back when somehow became Mayor Chessani’s son and daughter?

3 | Three seasons into Masters of Sex, and Bill is still fighting the fact that Virginia and Betty have better financial savvy than he does? 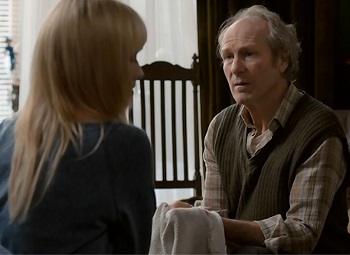 4 | After Sunday’s Humans, would you tune in to a George/Niska spinoff? (And great news about Season 2, eh?)

5 | Is there a Last Ship drinking game to be played, for every time a character refers to his/her “whiskey”?

6 | On Falling Skies, did you, as we did, almost immediately guess that the crazy gunman’s family was already dead?

7 | Despite Caitlyn Jenner’s warmth and authenticity in the I Am Cait premiere, wasn’t it alarming that she wasn’t more bothered by daughter Kylie’s blasé remark about being “married” at 17 (just like her grandma), especially when you know she’s dating a 25-year-old rap star? 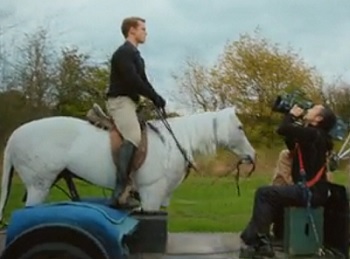 9 | After this week’s UnREAL, will you never look at a Bachelor/ette horseback-riding sequence the same again? And in addition to Adam, can we get a guarantee that Faith will be back in some capacity next season? She’s a hoot! Also, did Jeremy’s ex-fiancée quit Everlasting? Because if not, weren’t he and Rachel kind of flaunting their rekindling on set?

10 | Did Major Crimes delight you with Taylor’s uneasy reaction to Sharon and Andy’s “dating” confession?

11 | Is it too dramatic to say that “Asaf over Burim” ranks as the So You Think You Can Dance judges’ most boneheaded decision in 12 seasons?

12 | As TVLine reader Scott points out, doesn’t Fuller House need just one of the Olsen Twins?

13 | If you were Scream‘s Emma, wouldn’t you be a little gun-shy about sleeping with someone again after that humiliating video leak?

14 | C’mon, now, is any General Hospital fan really — and already — clamoring for Tony Geary to return as Luke?

16 | Didn’t Mr. Robot’s Elliot and Vera loiter outside the prison fence for a way-too-long while, considering frantic guards were chasing down all the escapees? And how badly did [spoiler]’s death hit you?

17 | Between Zoo G-man Geoff Stults and Graceland’s Jake, was this The Week of Over-Dressed Men Riding in Swamp Boats? 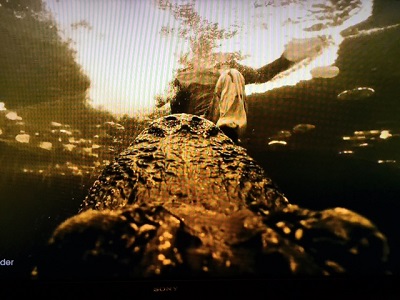 19 | Complications’ John sure cleaned up awfully well after being bloodied — as well as muddied — during that brutal beat-down from the Hispanic gang, right? Was he planning to hide his severely bruised rib cage from Sam come bedtime?

20 | Does Calista’s decision to hurl Joss under the bus on Mistresses mean there’s no way she can become part of the core group of ladies going forward? In fact, given her blatant disregard for Joss’ freedom and well-being, isn’t it starting to feel like Jennifer Esposito’s cray-cray designer is destined to be a one-season-and-done character?

21 | Really, cruise line commercial? “We Will Rock You” as a jingle? Rock you? Doesn’t your industry have enough unfortunate perceptions to overcome?

22 | Do you almost want to save Eureka alum Colin Ferguson from his dishwasher ad campaign more than Jennifer Garner and the credit cards?