Sometimes, a single glance is all it takes to spark a full-on fan frenzy, which is exactly what Disney Channel is hoping for with its latest original movie Descendants.

The musical movie, which premiered Friday, explains how four children of Disney villains come to choose good over evil; in the final moments, Mal, the purple-haired daughter of Maleficent, flashes a pair of devilish green eyes at the camera, hinting that there might still be some darkness in her yet.

“It was a bookend,” director Kenny Ortega tells TVLine of the pivotal final shot. “We begin with Mal welcoming us into her story, and Mal’s story isn’t over — there’s a bigger story. Whether we get to do a sequel or not, that’s in the hands of the audience, but Mal’s story is definitely bigger.”

“It’s funny how simple it ended up being,” adds Booboo Stewart, who plays Jay, the son of Aladdin’s nemesis Jafar. “There were so many variations on how it was going to end, so many different ways, and it just ended up being very simple.” 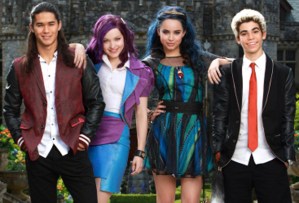 And you won’t hear any complaints from Mal’s portrayer Dove Cameron, who calls it the “best ending” possible. “Kenny and I talked about it the night we shot it,” she recalls. “We were like, ‘I’m not sure they’re going to let us put it in, but we really really wanted to.'”

Cameron reveals that she has “a whole idea for the next plot,” should Disney Channel order a second installment. “I have it all laid out,” she tells TVLine. “But we know as much as anyone else, honestly.”

“I feel like people are expecting it,” Stewart says. “They think this is just the first [of several movies].” Adds Ortega, “I get tweets saying, ‘When you do the next one…’

If you watched the movie, let’s hear your thoughts: Would you like to see a sequel? What should it be about? Grade Descendants below, then drop a comment with your thoughts on the ending. 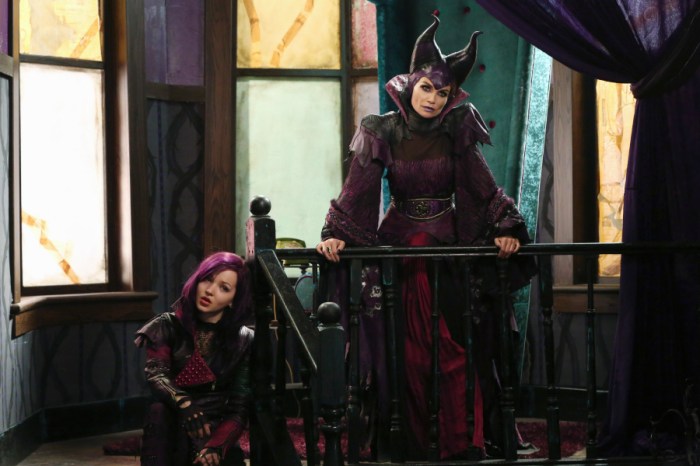