I’m not well-versed in the psychological condition known as “Cluster B Personality Disorder,” but when it comes to Mistresses‘ Calista Raines, I can tell you exactly what the “B” stands for, mmmmkay?

Oh yes, people, I think we’ve reached the point in Season 3 where we can safely call Jennifer Esposito’s fashion mogul a stone-cold bitch (and not in a good way), assume that April’s new love interest considers Julia Roberts the real villain in Sleeping With the Enemy and dedicate Taylor Swift’s “We Are Never Ever Getting Back Together” to Karen and that married couple who’ve taken less than a month to put the “nag” in menage-a-trois.

If this recap were the back page of a mid-’90s fashion mag, it might go a little something like this: 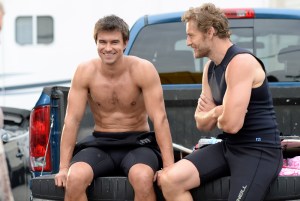 In: Karen, Joss and April
Out: Every new character we’ve met since last month’s season premiere (except, perhaps, Uncle Marc — but only because of his involuntary pec-flexing during shirtless beach scenes)

If I’m being completely honest, there’s a small part of me that’s pained by the idea of putting Calista on the “no me gusta” list. I mean, with her martinis and her caftans and her crazy schemes, I entered this week optimistically expecting Calista and Joss to end the hour clinking their glasses and channeling Sex and the City‘s Samantha and Carrie with some sort of, “I feel bad that poor bullet had to meet its end in the chest of such a total douchebag!” quip.

Alas, though, I’m not sure there’s any rationale by which we can forgive Calista for refusing to tell the truth about her deal with Joss to catch Luca’s infidelity on camera — and thereby clear her BFF of the lion’s share of suspicion by the LAPD. I mean, let’s be honest, it’s not like there’s any way to put a positive P.R. spin on your hubby/CFO’s violent death — so invoking the “bad for business” excuse isn’t gonna cut it.

Anyway, with that said, let’s recap the action for our four central ladies (and also the hot Aussie who really ought to return urgent phone calls from his former sister-in-law-turned-recent-ex-girlfriend). 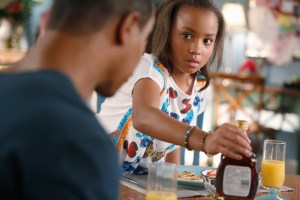 APRIL | Blair invites April (and Lucy!) to a Lakers game — and all I can think is, “Wait — isn’t it a little too soon after the ‘your dead dad was really alive but it’s too late because now he’s for-real dead’ revelation to be introducing your kid to a new beau?” Turns out, the answer is, “Duh, yeah,” as Blair reprimands Lucy — rather sternly — for texting in the car instead of listening to her mom. “Disciplining her should be my job,” April reminds the hunky head-master later on, to which he has the nerve to reply, “I agree — I was surprised when you didn’t say anything.” Instead of sending him to the naughty corner — not such a bad place, since it probably smells of some honey-lychee candle from Maison Sur Mer — April brushes it off. But a few days later when Blair stops by to make breakfast — and April leaves the room — he corrects Lucy’s table manners with so little warmth and humanity that I’m worried the next time she reaches for the syrup, he’ll put the kid (and April) down in the pit and make them rub the lotion on their skin.

Marc, of course, has had his suspicions about Blair from the jump-off, but this week, he falls off the wagon after the chick he hooks up with is more excited about the fact that they’re in Harry’s bed — no, not another three-way, just a very generous loaning of the apartment — than by what Marc accomplished in it. Watching him take a sip of that beer was the worst alcohol-related event on Mistresses since I learned Elizabeth Grey wasn’t allowed to have vodka during her prison stay. 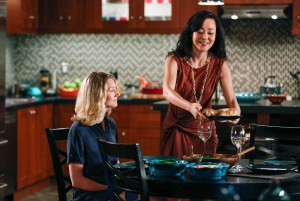 KAREN | When Vivian begins suspecting Karen and Alec hooked up during her trip to visit her new niece (or was it a nephew?) (oh, who cares?), Our Lady of Self-Inflicted Disasters goes against Alec’s wishes and ‘fesses up. “I just feel gross,” says Vivian, despite having never previously taken umbrage with her husband’s tongue down her new bestie’s throat. “I don’t know why, but I do.” Later, though, she figures out the real beef is that Alec and Karen lied about the tryst — and the whole convo is too much for the bearded, stoic doc. His commitment is to his wife — no matter how much he cares for Karen (and her high-end lingerie). Karen finds herself standing by as a silent observer of the couple’s intense conversation about the state of their marriage, and it’s more than a little heartbreaking when her eyes well up with tears and she bids her goodbyes. “It’s OK. He’s right,” she says to the woman who wound up receiving so much more than her marrow. And while it should be game, set, match for this three-party tennis match, knowing Karen, it won’t be over ’til there’s some kind of random bar hookup or embarrassing interaction in a church pew.

HARRY | Dude does pretty much nothing this week — NOT EVEN CALLING BACK JOSS WHEN SHE’S COVERED IN BLOOD WITH NO ONE TO WHOM SHE CAN TURN FOR HELP! Are we taking bets on whether or not Savi comes back in the season finale to serve as Joss’ defense attorney? 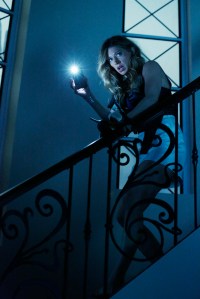 JOSS-CALISTA | The crux of the problem — as hinted at above — isn’t so much that Joss gets her DNA all over Luca’s body — and his blood all over her designer threads — it’s that she flees the Raines’ mansion without doing what 99.9% of Family Feud survey recipients would do upon encountering a murder victim: CALL 911! Karen promptly remedies the situation when she finds a hysterical Joss back at home — but by then, the police are kind of suspicious. And it gets worse when Calista doesn’t corroborate the fact that she and Joss were in cahoots trying to get Luca to mess around with the lanky event planner — and catch it all on tape to stop him from getting 50 percent of her assets in a divorce. When Joss finally meets face to face with Calista, the latter woman is deeper in delusion than that time when America briefly allowed a Paris Hilton song to become a radio hit. Calista keeps saying she had no choice but to lie to the cops, to which Joss replies, “You absolutely have a choice!” (Yes! There’s our tall drink of backbone!) But Calista’s indignation — “I’m not going down for this because you’re too stupid to keep your mouth shut!” — tells us exactly the kind of friend and human being she is. So what if she’s agreeing to pay Joss’ legal bills? If she’s not willing to pay the price of a public-relations debacle to ensure her close friend doesn’t run the risk of a life behind bars, then she’s as useless as the pink-hooded robe-like frock she wears in the episode’s closing scene. And what’s the deal with the way she’s dangling her diamond wedding ring over a balcony, the slightest glimpse of a smile on her lips? Could it be she spent all of last fall and winter taking notes on How to Get Away With Murder? I still think it’s too easy a plot development for Calista to have pulled the trigger, but that doesn’t mean girlfriend doesn’t have blood on her hands.

On that note, I turn it over to you. What did you think of this week’s Mistresses? What is Calista’s endgame? And who do you think killed Luca? Share your thoughts in the comments!