Take one look at the withering stares of the Heroes Reborn cast, and you’ll know this is not a group with whom you want to mess.

Showrunner Tim Kring revealed at Comic-Con that Heroes Reborn will pick up five years after the events of its mothership series, where evolved humans are now being discriminated against and hunted.

Scroll down for a closer look at Heroes Reborn — premiering Thursday, Sept. 24, at 8/7c — then hit the comments with your thoughts on the poster. 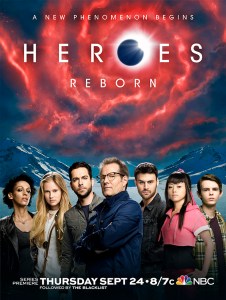