FX is commanding you to “kneel” before The Bastard Executioner.

The network on Monday released two new promos for Sons of Anarchy creator Kurt Sutter’s historical drama — appropriately titled “Kneel” and “Scythe,” respectively — about a former knight in King Edward’s army who chooses to lay down his sword, only to pick up that of an executioner.

Premiering this fall, The Bastard Executioner stars Lee Jones as executioner Wilkin Brattle, Stephen Moyer (True Blood) as Milus Corbett, Sutter as the Dark Mute and Katey Sagal (Anarchy) as Annora of the Alders, among many others.

Hit PLAY on the new promos, one above and one below, then drop a comment: Will you be watching The Bastard Executioner this fall? 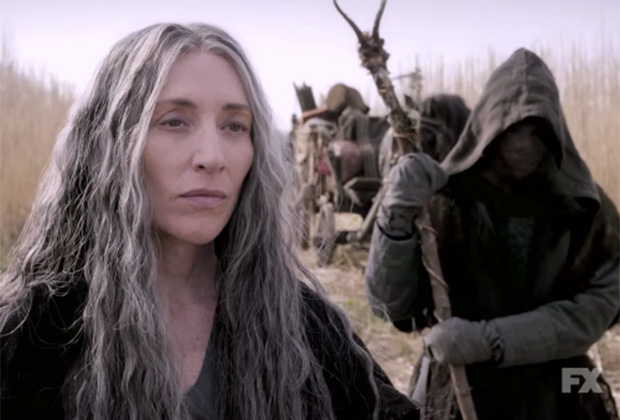