The zombie apocalypse might not begin until the end of Fear the Walking Dead‘s first season — but you can catch an early glimpse of it in the show’s official art.

AMC on Wednesday released the poster for its upcoming Walking Dead spinoff, which depicts a walker threatening to ruin a nice game of basketball. (But at least the sunset is pretty!)

Fear the Walking Dead premieres Sunday, Aug. 23, at 9/8c. In the meantime, scroll down to see the series’ ominous artwork. 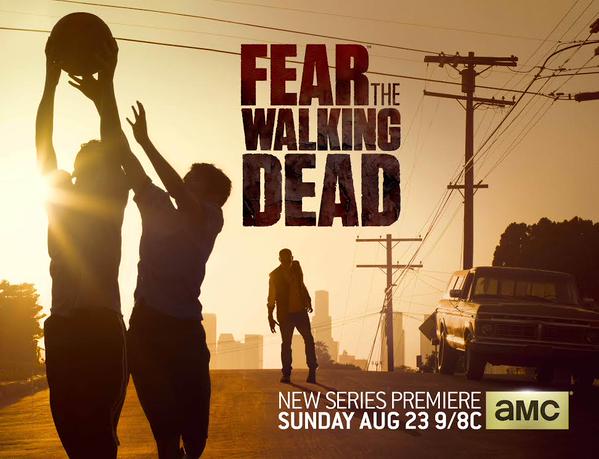 * Sunkrish Bala (The Walking Dead) will recur on Season 8 of Castle as Vikram Singh, a high-strung tech analyst with a troubled past, EW.com reports.

* Season 2 of Manhattan will premiere Tuesday, Oct. 13, at 9/8c on WGN America, the cabler announced Wednesday.

* Anabelle Acosta (Ballers) has landed a recurring role on Quantico, ABC’s upcoming FBI drama. She will play Nathalie Vazquez, a fiercely competitive former cop from Texas who is more interested in coming out on top than being a team player.

* Starz has released the trailer for Season 2 of its basketball comedy Survivor’s Remorse, premiering Saturday, Aug. 22, at 9:30/8:30c. Press PLAY below to see Cam Calloway and his family adjust to basketball stardom: