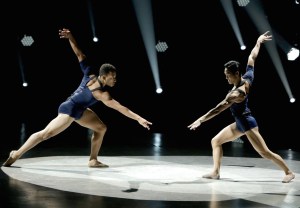 The first live show of So You Think You Can Dance‘s 12th season has me quoting the immortal words of Mary J. Blige and Wyclef Jean: “Someone please call 9-1-1. Tell them I’ve just been shot down. And the bullet’s in my heart. And it’s piercin through my soul. Feel my body gettin’ cold.”

OK, so maybe “immortal” is a bit of a stretch for a song that barely cracked the Top 40 back in 2001 — I blame Creed’s “With Arms Wide Open” for stealing its chart position – but that’s not the point. The lyrics perfectly encapsulate my feelings about Season 12 #BalletBoys (let’s make this hashtag happen, yes?) Jim and Darion, and the way they eschewed their nether-region-suffocating costumes and turned the commerce of a network reality-competition series into living, aching, mesmerizing art.

That’s a lot of names, I know — and a freakish amount of talent on which we’ll have to keep tabs. But, hey, in a season where it looks like we won’t have a single disagreement among the judges, where we shouldn’t expect an adjective from Jason Derulo more specific than “fly” or “dope,” and where pre-performance packages for group numbers will be used to pimp producers’ faves and turn other dancers into cannon fodder (sorry, Moises!), let’s not fret about how painful the next couple months of eliminations are going to be.

With that said, let me rank the night’s performances, first by routine — splitting into Teams Stage and Street — and then rank each team based on individual members’ performances in their voting numbers and group routines. (Bear in mind, one person from Stage and one from Street will get axed next Monday — after the Bottom 3 from each division is broken out. Also, this week was the only episode in which dancers won’t be at risk of performing outside the styles in which they were trained.)

Team Stage Routines
1. Jim and Darion (Benoit-Swan Pouffer, choreographer) | While you could argue we’re looong overdue for a same-sex romantic love story on SYTYCD — or any contestant being allowed to discuss his or her homosexuality after 12 seasons — this guy-on-guy exploration of competitive friendship and jaw-dropping athleticism probably ranks in the show’s all-time Top10 displays of talent.

2. Edson and Kate (Travis Wall, choreographer) | The judges dinged the duo hard for lack of believability, but I bought the violent conflict of their love affair so deeply that the final moments gave me actual chills.

3. Hailee, Marissa, Alexia (Brian Friedman, choreographer) | Hailee owned this piece with her ballsy stomp and oozing sexuality — and I wish Paula and Nigel had singled out her undeniable slyness while dinging her groupmates for playing up the sex of the piece without any shading or humor.

4. Gaby, Moises, Derek (Stacey Tookey, choreographer) | One of the judges’ favorites this week — an exploration of “standing in your inner light” — looked largely disjointed, out of sync and without any real purpose. The literal white costuming and fog/spotlight staging didn’t help, but I felt like only Gaby made a lasting positive impression, while Moises’ awkward lift sent him to the bottom of the pecking order.

Team Street Routines
1. Virgil, Yorelis, Ariana (Phoenix and Pharside, choreographers) | Nigel huffed that this was just a “really fun pop-choreographic number” — as if Yorelis, Ariana and Virgil had any say in their tale of a devil and an angel working their charms on a deceased charmer. Still, not every dance piece needs to be “important” to be effective — and the contestants’ commitment to their characters and to conveying the heady joy of the medium left me thinking their critiques were too negative by half.

3. Lily, Jaja, Burim, Asaf (Chris Scott, choreographer) | I found this routine hard to assess — given the way the director kept choosing isolated shots of individual dancers that removed them from the larger context. Still, Lily proved, to my eyes at least, especially committed to the moves, combining raw strength and a flirtatiousness that made it hard to look away. Jaja’s show of physical force contrasted nicely with her goofy expressions, too, but the guys’ work never really moved past one-off tricks. Even worse, Asaf pretty much went “poof” and disappeared any time he had to share the frame with one of his teammates.

With that, I turn things over to you. What did you think of Season 12 Top 20 performance night? Take our polls below, then sound off in the comments! 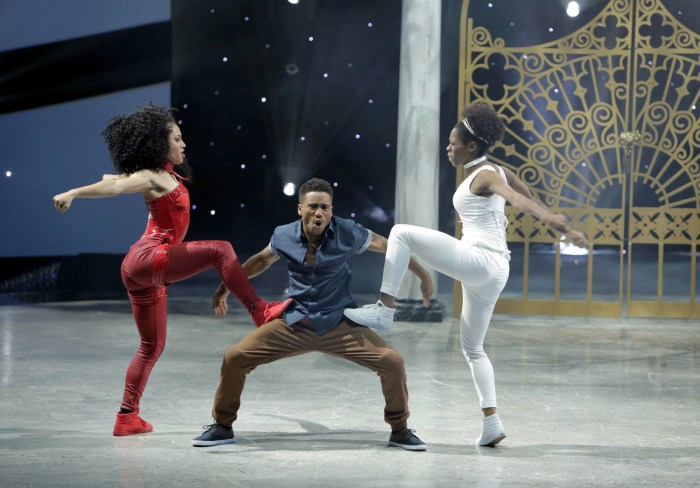