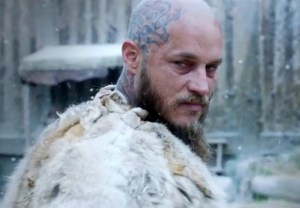 Comic-Con is all about checking out the merchandise — as in the many new trailers that are unveiled at the event for newbie and returning series, alike.

So click PLAY, get pumped and then hit the comments to let us know which shows you’ll be watching.

The new series from executive producer Carlton Cuse reunites the Lost vet with Josh Holloway, who stars alongside Sarah Wayne Callies (The Walking Dead). Set in the very near future, the drama centers on one family’s struggle to survive and bring liberty back to the people of an occupied Los Angeles.

Based on Terry Brooks’ novels, the fantasy saga is set thousands of years in our future and follows three heroes, Amberle, an Elvin Princess, Eretria, a Human Rover, and Wil, a Half-Elf, Half-Human, as they embark on a quest to stop an evil Demon army from destroying our world. The cast includes Austin Butler (The Carrie Diaries), Manu Bennett (Arrow) and John Rhys-Davies (The Lord of the Rings).