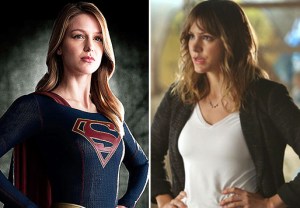 The night will open with an original episode of The Big Bang Theory at 8 pm, followed by Supergirl at 8:30 pm and a super-sized Scorpion at 9:30 pm.

Supergirl then will move into its regular time slot on Nov. 2 at 8 pm, followed by Scorpion at 9 pm.

In addition, The Big Bang Theory will move to its regular Thursday spot on Nov. 5 following the conclusion of Thursday Night Football.

All told, CBS’ lineup on the nights in question look like this: