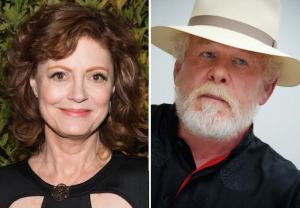 Susan Sarandon has been cast opposite her Lorenzo’s Oil leading man Nick Nolte in Graves, a 10-episode political satire set to premiere on Epix in Fall 2016, TVLine has learned exclusively.

The Oscar winner will play Margaret Graves, the wife of former U.S. President Richard Graves (Nolte), who decides to follow her own political ambitions just as her husband embarks on a Don Quixote-like journey to right the wrongs of his administration.

Joshua Michael Stern (Swing Vote) created Graves and will write all 10 episodes of the Lionsgate-produced series. He will also serve as an EP  alongside Greg Shapiro (The Hurt Locker), Keith Eisner (The Good Wife) and Eric Weinberg (Anger Management). 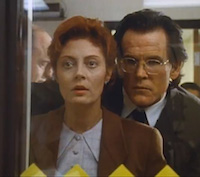 “We are overjoyed to have Susan join the cast of Graves,” says Mark S. Greenberg, President and CEO of Epix. “Susan is a phenomenal actor whose comedic talents will bring a depth and richness of character to the role.”

Adds Kevin Beggs, Chairman, Lionsgate Television Group: “Our greatest wish has always been to have Susan Sarandon star with Nick Nolte in Graves. To have two such brilliant and accomplished actors headline one of the first original series for Epix is a dream come true.”

In the 1992 drama Lorenzo’s Oil, Sarandon and Nolte also played husband and wife.