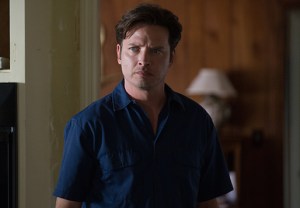 A day ahead of its Season 3 premiere, Sundance’s Rectify has been renewed for Season 4.

“Even in an increasingly crowded field of dramas on television, Rectify has established itself as something special,” SundanceTV/AMC president Charlie Collier said in a statement. “What [series creator] Ray McKinnon, this incredible cast and everyone associated with the show have been able to achieve is remarkable, and we are so pleased to usher in this third season with an order for a fourth.”

Rectify Season 3 premieres Thursday at 10/9c, picking up right where things left off, on the afternoon of Daniel’s plea deal. When the body of a missing person is discovered, law enforcement once again turns to him for answers. Elsewhere, Daniel’s sister Amantha is given an opportunity at a local store that for the first time in a long time has nothing to do with her brother; Tawney and Ted Jr. struggle to see if their marriage has a future; and Janet and Ted Sr. see their own union put to the test as well.