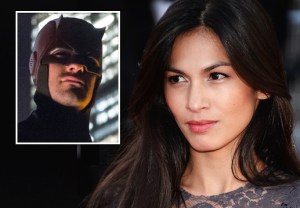 G.I. Joe: Retaliation badass Elodie Yung has joined the cast of Netflix’s Marvel’s Daredevil for Season 2, in the key role of Elektra.

A mysterious, thus far only referenced woman from Matt Murdock’s past, Elektra’s dangerous ways may be more than the lawyer-by-day/vigilante-by-night can handle. The character was portrayed on the big screen by Jennifer Garner, first opposite Ben Affleck in Daredevil and then in a standalone film.

Yung’s previous credits include the films The Girl With the Dragon Tattoo and District 13: Ultimatum, and the French drama series La vie devant nous.

Previously it was reported that Walking Dead vet Jon Bernthal will play Frank Castle aka The Punisher in the upcoming season, while Rosario Dawson is set to continue as Claire. Season 2 of Marvel’s Daredevil will hit Netflix sometime in 2016.