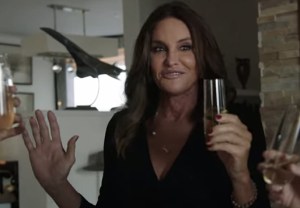 E! has released a new promo for Jenner’s upcoming docuseries I Am Cait, in which she begins to embrace her new life as a transgender woman.

Among the highlights of the video below: Jenner offers words of wisdom to a few friends, pops champagne in celebration of her transition and updates her wardrobe. (As it turns out, Caitlyn and Kris Jenner have the same taste in fashion.)

* Comedy Central has renewed its Chris Hardwick-hosted series @Midnight for a 40-week third season, set to air throughout 2016.

* The Walking Dead creator Robert Kirkman — who has three scripted series appearing on Comic-Con panels this year — will miss the San Diego fan event due to throat surgery, he wrote in a recent blog post.

* Jared Haibon, who was eliminated on Monday’s episode of The Bachelorette, is the last of Kaitlyn Bristowe’s suitors to join Bachelor in Paradise Season 2, People reports.