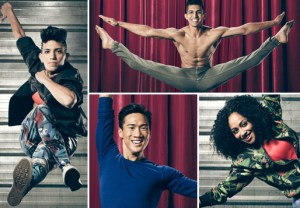 You can flash your abs and your bad attitude. You can punch a hotel ballroom wall. You can even make Nigel Lythgoe feel like he just got steamrolled by the Hot Tamale Train by surviving to the Green Mile, then giving an “eh, I’m gonna drop out now” shrug of the shoulders.

But there’s not a single contestant, judge or choreographer who can steal the unique joy of So You Think You Can Dance‘s Top 20 announcement episode. Season 12’s incarnation — which solidified fearsome front-runners on both the Stage and Street sides, but also proved they’ve got nada on 41-year-old mother Tabitha D’umo — was certainly no exception.

Yeah, I’ve been a little grouchy in recapping my favorite summer reality show this season (I place the blame squarely on Jason Derulo’s limited vocabulary). But now that we’ve got Jim and Yorelis and Darion and Megz — oh wait, I’m not supposed to spill the beans ’til later in this recap — I’m giddier than Paula Abdul amusing herself (and only herself) with a favorite new toy (in this case, Jaja Vankova’s name).

Before I get to my Top 20 rankings — well, to be accurate, Top 10 Stage members and Top 10 Street performers — let’s run down the three highs and three lows of the final week before voting begins.

HIGHLIGHTS
“GET UP OFF OF THAT THING” | Jessica, Tyrus, Liliana, Virgil and Ariana’s ridiculous synchronization and mesmerizing isolations to James Brown — during the self-choreographed group round — had me wishing the judges would give the quintet a ticket to go directly to the live rounds, without passing ‘Go’ and without collecting $200. (I guess I shouldn’t complain that four of the five actually survived the final round of cuts, eh?)

“BLOODLINE” | I know they’re not part of a seasoned dance company — as Paula so astutely said they looked like — but I’d shell out my hard-earned money for a full 90 minutes of Jim, Gaby, Hailee, Denys and Natalie as the principal dancers/choreographers on any stage right this second. That move where Jim leapt up on the ladies’ backs, then fell into Denys’ arms was so breathtaking that I’ve almost forgiven the latter fella for dropping out because his girlfriend failed to make the cut.

¡TAAAAAABITHA! | The 41-year-old mom’s demonstration of the final round of “Street” choreography was so gloriously down and dirty — and such a crisp slap in the face of our nation’s ageist tendencies — that I might’ve momentarily escaped my couch-bound food coma to shake my booty in front of my un-drawn Jersey City living room blinds. (You’re welcome, neighbors!)

LOWLIGHTS
PUTTING THE EWWW IN HEBREW | Look, “Hebrew Breaker” Asaf Goren has a world-class torso. He’s got some killer b-boy moves. But his rant against Nigel Lythgoe’s half-finished critique — which might’ve easily ended in a compliment — was so grimly off-putting, I wish Twitch had stood up and declared, “Nope, not working with him” right on the spot. (I wouldn’t be surprised if the Magic Mike XXL star said the same exact thing off-camera, though, amiright?)

MISSION: INSCRUTABLE | Am I the only one wondering why Corey “Mission” Whitfield got axed after his on-point, down-in-it final round choreo — especially since he outdanced Alain and Anime, both of whom advanced to the Green Mile?

KENYA DIG IT? | I didn’t see one instance (aside from her panic attack) in which Kenya “Standing Ovation” Sutton didn’t commit murder on the dancefloor — in the best possible way. And wouldn’t it have been infinitely more interesting to see how the zaftig (and deeply appreciative) hoofer might’ve fared in the Season 12 live rounds than some poor piece of cannon fodder who’s gotten all of 8 seconds of screentime thus far?

And now, without further ado, let’s get to my pre-live show rankings, along with exclusive images (courtesy of Brooklin Rosenstock/FOX) — plus (at the end of the gallery) an exclusive Top 20 group photo, too.

Check out the gallery below — or click here for direct access — to see my personal pecking order, then hit the comments and weigh in on your early faves (and your picks for earliest ousters)! 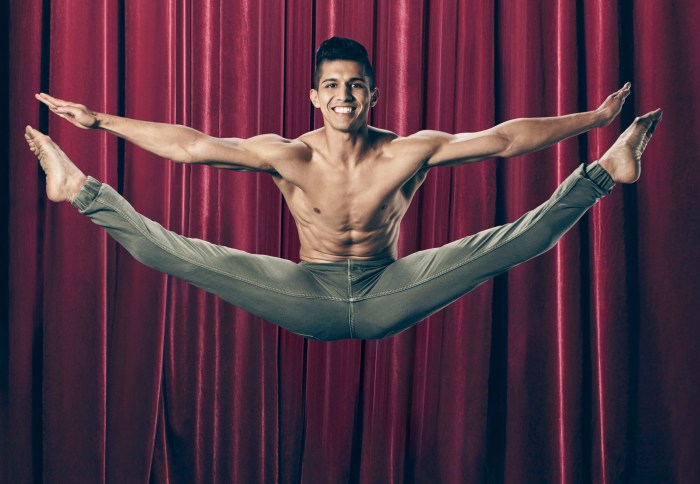