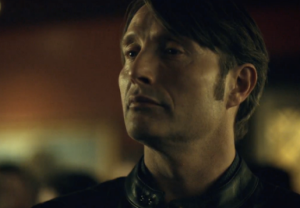 Neither Amazon — which has exclusive streaming dibs on Hannibal and was thought to be a likely savior — nor Netflix will ride to the dark drama’s rescue and foot the bill for a Season 4.

Showrunner Bryan Fuller shared the disheartening news on Monday via Twitter, yet allowed that the studio is “still investigating possibilities” for Hannibal to find a new home:

Hannibal was cancelled by NBC in late June, after airing just three (low-rated) episodes of its third season. Afterward, Fuller told TVLine that his plan for Season 4 was “one of the coolest yet,” and as such he hoped to bring it to life “in some capacity.” (Season 5, pending the availability of rights to the character, would introduce FBI Agent Clarice Starling, Fuller has always, famously said.)

In a recent interview with TV Insider, Fuller said that any new season of Hannibal would ideally run only “9 or 10” episodes versus 13.