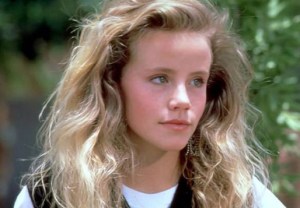 Amanda Peterson, a TV and film actress best remembered for playing the love interest of Grey’s Anatomy‘s Patrick Dempsey in 1987’s Can’t Buy Me Love, has died at age 43.

Though a cause of death has not been confirmed, Peterson’s family tells TMZ that she recently suffered from several medical issues, including pneumonia, sleep apnea and sinusitis. Her body was discovered on July 5.

Peterson’s most notable television work was as on NBC’s A Year in the Life, which started as a 1986 miniseries before being turned into a drama series the following year; it lasted one season. She also recurred as the girlfriend of John Dye in the early-1990s Hal Linden drama Jack’s Place. Additional TV credits include guest stints on Silver Spoons and Doogie Howser, M.D.

Do you have a favorite memory of Peterson’s work? Drop it in a comment below.