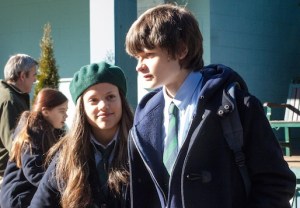 After uncovering so many of Wayward Pines‘ far-out secrets in recent weeks, it would seem that this Thursday we uncovered its first dull episode.

I mean, as entertainingly awkward as it is to watch Hope Davis play matchmaker to high school kids and then nudge them to hook up — and as fun as it is to get There’s Something About Mary flashbacks whenever Matt Dillon basically tells a character, “Ah, I’m just f–kin’ with ya!” — the rest of Episode 7 (of 10) fell flat for me. And here’s why.

I’m not a fan of Ethan Burke the “company man,” doing Pilcher’s bidding. Sure, he has his reasons — to protect his family as well as the citizens of Wayward Pines from exposing themselves to the nasty truths beyond the fence — but it’s such a 180 for the guy who just days ago (on screen) was leading his own “resistance.”

And then there was Kate’s flashback, to a gathering of similarly spooked individuals who 12 years ago suddenly found themselves hanging their hat in this Idaho hamlet. That put the focus squarely on what I feel is the show’s most gaping plot hole, which is: “Forget freaking out about abbies and 2,000-year time jumps. Isn’t the fact that you mysteriously relocated to a new town and have been, say, cut off from your fiancée, enough reason to go bananas?” Why is everyone just shrugging at this wacky circumstance they found themselves in?

Now, Kate said — claimed — to Theresa that shortly after she landed in Wayward Pines, she retrieved a voice message from Secret Service boss Adam, saying that she had walked into a “government experiment” and was to toe the line and eventually be “tested,” perhaps by Ethan. If what we have been told to be true in fact is, then she is baldly lying, to, what, underscore her argument that Ethan got  brainwashed “in the mountain”?

But if she isn’t lying, it contradicts things we downloaded in Episodes 5 and 6, since any infrastructure that houses her voicemails surely doesn’t exist anymore. (If you’re going to go to such lengths to keep people away from phones, why bother keeping their voicemails alive?)

Anywho, to recap: After returning from his tour of the chocolate factory, Ethan found a bomb in his truck, and suspected the “resistance.” First, he felt out Franklin Dobbs, to no avail. Then he grilled Harold, only to glean that Kate is the “leader.” Meeting with Kate, Ethan gave her the 411 on the state of civilization, but she was skeptical, thinks he was fed some bull. So she forges ahead with the plan to blow a hole in the fence. Ethan takes the bait and chases Kate, Franklin and one bomb, only to discover that a second explosive is out there somewhere — namely, in the back of a delivery truck, where Amy is taking “the next step” with Ben, in the wake of Mrs. Fisher’s pro-procreation biology class.

Ethan is just catching up to the truck when the music box bomb goes off, blasting a hole in the side of the vehicle. He first finds a shaken Amy, before discovering that Ben, too, was caught in the blast, and now is bloody and unconscious on the ground.

Elsewhere in the episode:
* We learned that Pilcher has chronic insecurity issues, but Pam apparently keeps them at bay.
* Speaking of Pam, she’s doggedly been trying to get the Ballingers — the perfect Wayward Pines couple, she beams — pregnant, but no luck, yet.
* Theresa literally poked around Plot 33, which she discovered has some sort of structure beneath it — but Big Bill ain’t talking!

What did you think of the episode “Betrayal”?

I thought this went without saying, but clearly label any BOOK SPOILERS in Comments. 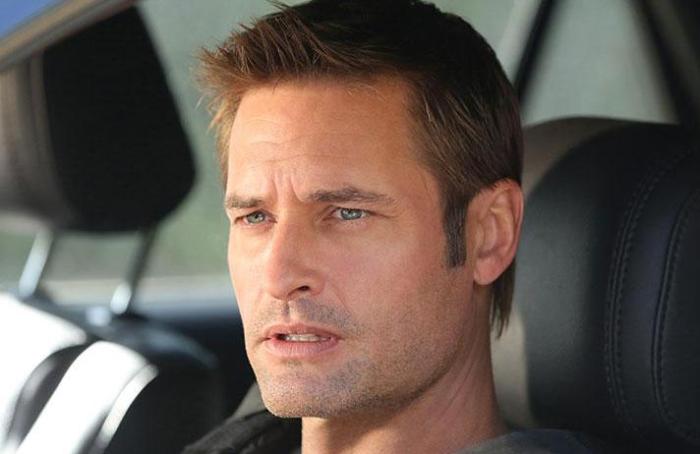