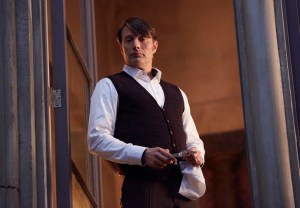 The snails slowly, beautifully pulling themselves across our screens throughout Season 3 of Hannibal can’t be mere coincidence, can they?

A few minutes into “Contorno” — the fifth hour of the NBC drama’s current run — those maddening molluscs appeared again, and I wondered if it was evil-genius creator Bryan Fuller’s inside joke about the plodding pace he’s adopted in the wake of the Season 2 finale’s horrifying bloodbath.

I mean, don’t get me wrong, I’d have given Seasons 1 and 2 every Emmy imaginable, but Season 3 — with its descent into dreamscape, its deliberate abandonment of plot momentum and its peculiar lack of emotional stakes (does no one care whether they live or die?) — has been a test of my Fannibalism.

Thankfully, this week’s installment advanced a little bit past enigmatic discussions of “moral dumbfounding” and the dreariness of conversing with one’s fellow humans, but still… if you’re a law-enforcement officer who’s suffered great personal cost at the hands of an infamous sociopath, you’re not going to let him slip through your hands like a toddler trying to snatch a firefly, are you?

With that said, let’s recap the three most significant happenings from the hour: 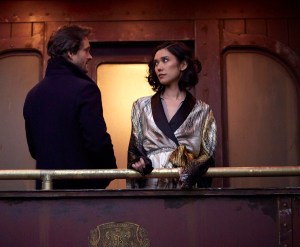 Throw Will From the Train | Chiyoh and Will ride a train from a cinematographer’s dream and headed to Florence, discussing things like how some snails eaten by birds “survive digestion” and wind up at the other end of the tract in a completely different place. She wonders if he wants to kill Hannibal because otherwise he’ll turn into his mentor, and Will doesn’t necessarily argue she’s wrong. Later, he wakes and finds her staring dreamily out into the night — “more than a period of time, it’s another place,” she coos. And then Chiyoh plants a kiss on our addled profiler. “There are means of influence other than violence,” she says for the second time that night, then adds a little kicker, ” but violence is what you understand.” And with that she hurls him off the back of the speeding locomotive. Fret not, though, Will’s not going to be a wolf pack’s next dinner. The mystical stag nudges him awake, to his feet, and down the track toward his destination. 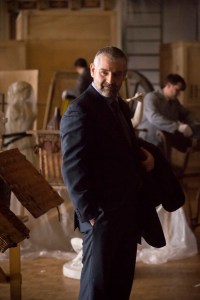 Pazzi Sells Out | Alana determines Lecter is in Florence (based on weekly receipts from a local food purveyor for fine wine and tartufi bianchi) and excitedly shares her intel with Verger. The mad meat renderer has put out a bounty for a live Lecter, and that’s good news for Pazzi, whose work leads him to the Palazzo Caponé — and a face-to-face meeting with the young Lithuanian man he once dubbed Il Mostro. Instead of cuffing “Dr. Fell,” though, Pazzi makes the grave error of delaying — and calling Verger about the $3 million prize. Mangled Jimmy Stewart demands a finger print, but his return trip yields no evidence, only a noose around his neck, a blade across his abdomen, and a horrific disemboweling simultaneous to his being hung out the Palazzo window. (And nobody calls 911?!) Bye, Pazzi… you were never going to be the one to catch Hannibal, so just be glad you didn’t get served as ragu to your lovely wife. 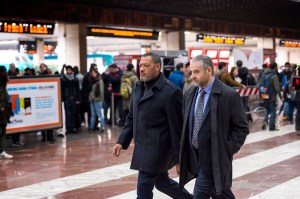 Lecter Vs. Crawford (Round 2) | Jack, meanwhile, artfully spreads Bella’s ashes and tosses his wedding ring in the Arno, then goes to meet with Pazzi and his younger wife for a home-cooked meal. (Given his experiences with Lecter, I’m surprised Jack isn’t still preparing all his own food, no?) Jack is on the scent of Lecter, too, but when Pazzi fails to come home the next evening, Jack rushes to the Palazzo — just as his new pal is being unceremoniously hung out to die. Despite the outcome of their last brawl, Jack rushes into the building — where Hannibal taunts him about Bella’s end-of-life care. “Did you practice injections on an orange?” he sneers, but Jack’s rebuke is even more painful, as he hurls Lecter through a glass display case, crushes his arm in some Medieval-looking wheel, punctures his leg with some hooks. When Jack knocks Hannibal out the same window as Pazzi, though, our villain latches on to the suspended body of his most recent victim — and it blunts his fall just enough that he’s able to limp (bloodily) into the cool Italian night. It’s hardly a TKO, but since Hannibal is left with his life and his freedom, the judges have no choice but to call him the winner once more.

What did you think of this week’s Hannibal? Were you excited for an uptick in action? Disappointed that Jack wasn’t able to raise a “Mission Accomplished” banner? Sound off in the comments!