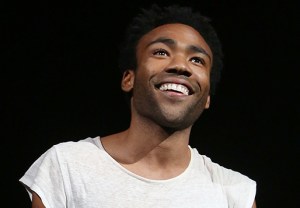 The FX Networks comedy pilot, which stars Community‘s Donald Glover, has cast the rest of its lead roles. Joining Glover — who will play loner Earnest “Earn” Marks, who rediscovers his love for rap by managing his cousin’s music career — are:

* Brian Tyree Henry (Vice Principals) as Alfred Miles, Earn’s cousin and Atlanta’s “rapper of the moment” who plans to capitalize on his sudden fame as quickly as possible

* Newcomer Zazie Beetz as VAN, a pragmatist caught up in a complicated relationship with Earn due to their daughter

Glover, who wrote Atlanta, will also executive-produce the pilot, which is headed into production this month.

* Rockmond Dunbar (Sons of Anarchy, The Mentalist) will co-star in The Way, Hulu’s upcoming faith-based drama from Parenthood boss Jason Katims. Per Deadline, Dunbar will play Abe Gaines, an FBI investigator who seems to be the only person suspicious of the mysterious religious sect that recently responded to a natural disaster.

* The Season 3 premieres of Showtime’s Ray Donovan and Masters of Sex have been made available for sampling in advance of their July 12 debuts. The episodes are available on YouTube here and here, and can also be accessed via Showtime On Demand and Showtime Anytime.

* NBC has renewed its variety series I Can Do That for an eight-episode second season.

* A+E Networks on Thursday announced the launch of Lifetime Movie Club, the network’s first direct-to-consumer subscription service. For $3.99 a month, subscribers will gain access to a library of Lifetime movies — more than 30 of them, with new titles refreshed weekly — without commercial interruption. (Interested? Find more information here.)