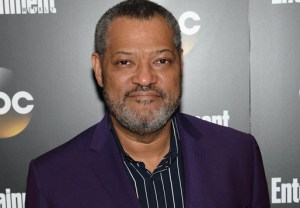 A+E Networks’ Roots, a new adaptation of Alex Haley’s 1976 slavery novel Roots: The Saga of an American Family, has found its lead in Laurence Fishburne.

The Emmy Award-winning black-ish actor will portray Haley, who based his novel around the life of Kunta Kinte, an enslaved character inspired by one of his own ancestors. The story of Roots spans several generations, from Kunta Kinte’s initial capture in The Gambia to his family’s struggles and contributions during the Revolutionary and Civil Wars.

ABC famously adapted Haley’s novel into a 1977 miniseries, which garnered nine Emmy wins and nearly 30 more nominations. This new eight-episode adaptation — which will air on History, A&E and Lifetime — is billed as an “original, contemporary production, incorporating material from Haley’s novel, as well as carefully researched new scholarship of the time.”