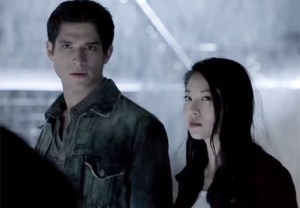 Teen Wolf kicks off its fifth season Monday (MTV, 10/9c) as Scott and his pack prepare to face their darkest prospect yet: the end of high school.

“We took this as a season to re-concentrate on the teens of Teen Wolf,” executive producer Jeff Davis tells TVLine. “And a big part of the season will be: What’s senior year going to be like? Can everyone stay together? When people graduate high school, a lot of friends go their separate ways, and we all thought it’d be interesting for Stiles to be the person most disturbed by that. He’s the character who fears change the most.”

Below, Davis and star Tyler Posey preview the first half of Season 5, including the end of Beacon Hills High, the mystery surrounding the new faces in town and the return of (at least) two fan-favorite characters.

TVLINE | Let’s start with the biggest surprise from those first six minutes: What can you say about this new, badass Lydia?
DAVIS | I always say that we like to take our characters from A to Z, not A to B. We like to see a progression, gradual as it may be. Sometimes, it’s frustrating for viewers because they want everything to happen right now, but we want to tell it like novels. We want the Lydia of Season 1 to be completely different from the Lydia of Season 5. So that character has changed immensely.

TVLINE | Obviously some time has passed since the end of Season 4, enough for Lydia to gain these powers and wind up in Eichen House. Can you say how big that time jump is?
DAVIS | [Laughs] In our show, it would be like a week. [Laughs] It’s further ahead, and a lot of big events happen between then. It’s something we will come back to in Season 5B, the second half of the season. All of 5A is a flashback. 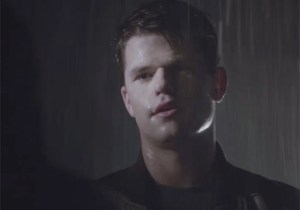 TVLINE | And we know that Aiden makes a surprise appearance. How did that come about, and will there be more of him?
DAVIS | We’re always trying to find ways to bring characters back, because we like all of the people who work on the show. I spoke to Holland [Roden] and was like, ‘You have to help me get him back for this,’ and she said, ‘Yeah, absolutely.’ So we’re hopefully going to get to use him more, assuming [contracts and schedules] work out.

TVLINE | Everybody’s excited to see Cody Christian’s character in the mix. What can you tease?
POSEY | Theo’s a loner who’s looking for a pack. We haven’t seen him in years, and we don’t know what the hell he’s been up to, so it’s hard to trust him. But he’s very charming, and he seems so genuine, so I think Scott’s on board. Theo’s a mysterious dude who becomes a pivotal part of the season as it goes on.

TVLINE | With Derek out of the picture for now, will Scott step into his shoes?
DAVIS | Scott definitely steps into Derek’s role; we really wanted to build him up as a leader this season. Every season, we ask, ‘How can we test these characters? How can we put them through hell?’ Failure of leadership was something we wrote down for Scott. What happens when Scott fails? That’s what this season is about. You learn more from your failures than your successes.
POSEY |  We’ve done everything with Scott’s character in terms of growth, so I feel like the only place he could go now [that he hasn’t gone to] is a dark place. At the end of [5A], he gets beaten down. He gets to a pretty depressing state, so maybe that could transcend into something dark. 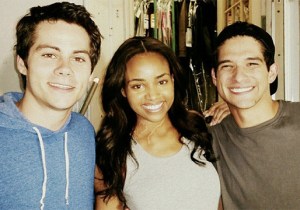 TVLINE | Thanks to Twitter, we also know Braeden is coming back at some point. Would she have been a bigger part of the season if Derek was still around?
DAVIS | Hoechlin’s absence really didn’t affect her, actually, but it was so fun to have her back kicking ass. … There are several characters who aren’t in the first 10 [episodes] who we thought would be, but there wasn’t enough narrative room for it. What we realized is that we really needed to focus on the teenagers, get them back and get the mystery started. Argent, for example, won’t be back until 5B, and I told him he has to keep the beard. I desperately wanted to find a way to get him back in the first 10, but there wasn’t a place.

Teen Wolf fans, what are your hopes and fears for Season 5? Drop ’em in a comment below. (And come back to TVLine.com at 11/10c for a full premiere recap, complete with more Season 5 scoop.)