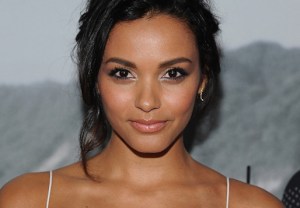 Fox’s Gotham is ready to unleash its Tigress.

Jessica Lucas, who recently wrapped a run on Fox’s Gracepoint, has landed the Season 2 role of Tabitha Galavan aka Tigress, TVLine has learned exclusively.

On the DC Comics-based drama, Tabitha is the lead enforcer for her brother Theo, a billionaire industrialist hell-bent on taking over Gotham (and to be played by go-to bad guy James Frain). Described as sexy and violent — and toting a bullwhip! — she’s the opposite of her cold and calculating brother, deriving a sensual pleasure from the mayhem she’s tasked with making.

Lucas’ other TV credits include The CW’s Melrose Place, 90210 and Cult, Friends With Benefits, CSI and the Canadian series Edgemont.