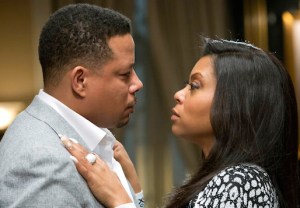 Time jumps, murder, shocking new enemies. All that and plenty of other twists are on tap for Fox’s returning fall dramas, per the newly released synopses for Bones, Empire, Sleepy Hollow and more.

Read on to get the scoop on Booth and Brennan’s return to the Jeffersonian, Cookie’s plot against Lucious and Gotham‘s new Super Villains.

BONES | Picking up six months after the Season 10 finale, Brennan and Booth have moved on to a new town and new jobs, having given up their old life and settled into a blissful death-free existence. But a murder unlike any other draws them back to investigate with their former colleagues at the Jeffersonian and FBI.

EMPIRE | The new season kicks off three months after Lucious’ arrest. Knowing Lucious won’t be held much longer in prison, Cookie and her allies within the Lyon family make a desperate attempt to seize control of Empire. But as the Lyons continue to battle each other, a bigger external threat emerges that could force them to unite.

GOTHAM | Season 2 explores the origin stories of some of the most ambitious and depraved supervillains, including The Riddler, The Joker and Mr. Freeze, while Bruce Wayne uncovers more secrets from his father’s past.

SLEEPY HOLLOW | After a disquieting break in the demonic action, Ichabod and Abbie adjust to a world seemingly without Moloch, witchy wives, evil sons and headless ex-best friends. However, nothing is ever quite as it seems, and the eerie calm will quickly give way to the next tribulation, driven by a surprising supernatural presence that will challenge Crane and Mills in ways they never imagined.

Which plots are you most excited to see?