With that said, we present the seventh of our Emmy Screening Room submissions: Empire‘s Taraji P. Henson, for Outstanding Lead Actress in a Drama Series. We defy you to watch from start to finish and tell us she shouldn’t hear her name called when nominees are announced on July 16. (And yes, we know Henson is getting major nomination buzz from Emmy pundits everywhere, but we also know the Academy’s bias against soapier fare. And did you also know that there have never been two black women nominated for the Emmy for Lead Actress in a Drama in the same year? Given all that, you’ll have to indulge our campaigning!)

The setup: Recently-out-of-prison label exec Cookie Lyon (Henson) busts into her ex (and still sometimes lover) Lucious’ mansion just as he and fiancée Anika (Grace Gealy) meet with their wedding planner. As she reveals that the secretly scorned Anika is plotting with Lucious’ main rival to bring down Empire Entertainment, Cookie revels in saving the day for the company she and Lucious founded — while scoring a delicious win over her romantic/office rival.

Press PLAY above for the full scene, then share your thoughts on whether Henson should/will make the Emmy ballot. 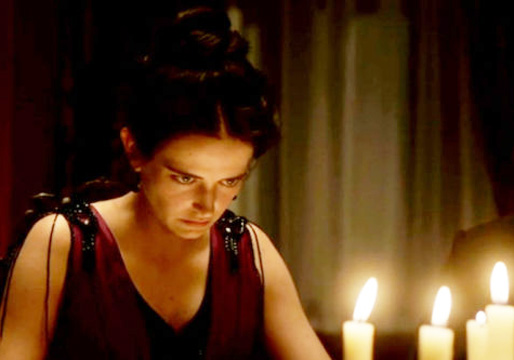