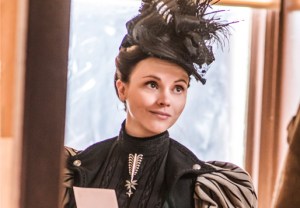 Lifetime is officially giving Lizzie Borden the ax; the Christina Ricci-led drama will not return for a second season, TVLine has confirmed.

Originally billed as a limited series, The Lizzie Borden Chronicles — which starred Ricci as the real-life historical figure, acquitted of murder in 1892 — ran for eight episodes earlier this year. Chronicles was a spinoff of the Lifetime original movie Lizzie Borden Took an Ax, which centered around the titular character’s murder trial.

But don’t worry about Ricci finding her next gig; as TVLine exclusively reported earlier this week, she’s starring in the Amazon drama pilot Z, in which she’ll portray celebrated American novelist Zelda Fitzgerald.

Are you bummed by this news, or did you not expect to see more of Borden’s (mis)adventures? Drop a comment with your thoughts below.