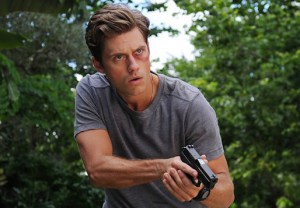 As Graceland — USA Network’s initial foray into darker programming with fewer “blue skies” — has demonstrated in its first two seasons, its beach house full of federal agents are prone to bad decisions, and then must contend with the consequences.

Having based the drama series on a real-life assembly of assorted federal agents under one (now-defunct) vacation home’s roof, Eastin in his research came to realize, “There was sort of a morality that became the house morality. And it wasn’t necessarily by the book. It was, ‘We’re doing this to stop bad guys,’ and ‘the end justifies the means’ became kind of an operating principle.”

“That idea, that you could become sort of judge, jury and executioner on your own that really did compel me,” Eastin continues. “This year especially, we kind of get into that. If you asked me what the theme of this season would be, I would probably say: How far would you go? It becomes pretty edgy and, hopefully, provocative.”

Graceland also is pretty serialized, when compared to other USA Network fare including Eastin’s previous foray. “White Collar wasn’t really a Case of the Week show but pretty close,” he notes. “But with Graceland, from the beginning they said, ‘Hey, characters welcome.’ And to USA’s eternal credit, they’ve let me do that!”

What you need to know (or remember) before cuing up Season 3 (premiering Thursday at 10/9c):

In the photo gallery below, Eastin reveals what’s ahead for each and every Graceland resident — except, you know, the possibly dead one. 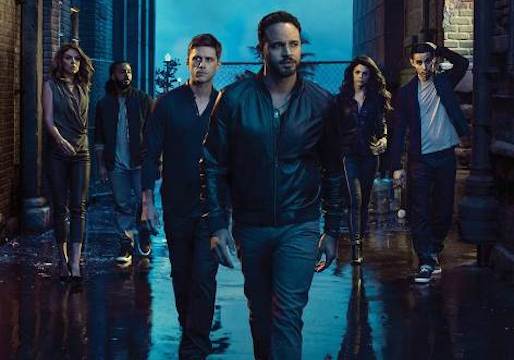