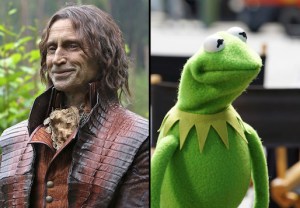 Once Upon a Time is locked in for its fifth trip to the San Diego Comic-Con, while The Muppets are set to make their debut at the pop culture showcase.

The panel for the freshman comedy The Muppets — featuring executive producers Bill Prady, Bob Kushell, Randall Einhorn and Bill Barretta, plus some of the performers who bring Kermit, Fozzie Bear et al to life — will take place Saturday at 3 pm (in Room 6A), preceded at 1 pm by an autograph signing (in Booth 4245).