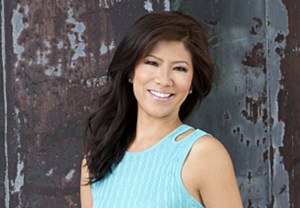 After 16 seasons, CBS seems to have mastered the recipe for a perfect Big Brother season premiere.

Allow me to elaborate on the ingredients:

Wednesday’s season opener included ample amounts of all those factors, particularly the last one on the list: This season, Big Brother has done away with one lone twist, choosing instead to enact the “BB Takeover,” which will introduce a new surprise (and mystery guests) into the BB house every week.

Before we get to that, let’s review the eight houseguests we met on Wednesday’s premiere — the second group will be introduced on Thursday’s episode, airing at 8/7c — each of them accompanied by a brief description of what may or may not make them memorable throughout the summer.

* Jace Agolli (Dunwoody, Ga.): Personal trainer who likes skateboarding in his spare time (as long as you don’t take away his grip tape!)

* Austin Matelson (Woodland Hills, Calif.): Professional wrestler with the stage name “Judas,” who also has a master’s degree in medieval romance literature — because wrestlers are nothing if not deeply sensitive

*Da’Vonne Rogers (Inglewood, Calif.): Poker dealer posing as a second-grade schoolteacher, who doesn’t mind being “covered up to [her] neck” in blood if it means winning $500,000. (Her 7-month-old daughter will be so proud!)

* Clay Honeycutt (Dickinson, Texas): Texas A&M graduate student who knows how to feed a goat and play football with his shirt off, about which no one has any complaints

* Shelli Poole (Marietta, Ga.): A self-proclaimed DIY guru, who immediately gets a crush on Clay, age difference be damned.

Early in the hour, Audrey senses some “real positive energy” among herself, Shelli and Da’Vonne, and, having learned nothing from previous seasons, the three women immediately form an all-girls alliance. (D’oh!) After hearing that one of the eight contestants must sit out the season’s first Head of Household competition, Da’Vonne chooses to remain on the sidelines, provided whoever wins does not nominate her for eviction. A fair trade-off, but one that I suspect will come back to bite Da’Vonne in the you-know-where.

Later, the HOH challenge proves very tricky, as the houseguests must stand on tiny planks of wood while attempting to catch 10 tomatoes. The slippery tomato juice being blasted at the HGs causes every single one of them to fall off their planks, but James is the last one to hit the ground, making him the first Head of Household. (Which he deserved, anyway; was he even flinching when those tomatoes flew at his face?)

As for the twists, Julie first reveals that last season’s Battle of the Block competition — which didn’t come off as a massive success — will be reinstated this year. For those whose memories need refreshing: Each week, two Head of Households will be chosen, allowing for four total nominees. The two pairs of nominated HGs will go head-to-head in a separate competition; whichever duo wins will not only become safe for the rest of the week, but will dethrone the HOH who put them on the chopping black in the first place.

Julie also informs the houseguests of the “BB Takeover” twist, which will bring a new curveball into the game each week (though she doesn’t elaborate on what twists they should expect… except for the unexpected ones, of course.)

But perhaps the most intriguing twist — especially for those who recall Big Brother‘s highly entertaining fifth season — is the Twin Twist: One contestant this season has an identical twin, and both siblings will play the game as one person. If they make it through the first five evictions without getting found out or eliminated, both twins will enter the game and compete as an individual contestants. (Refresh your memory on this super-fun twist, and marvel at the awful 2004 fashion.)

It won’t be until Thursday’s episode that we meet the remaining houseguests and learn of the first Takeover twist, but until then, hit the comments section below with your thoughts on the Season 17 premiere! 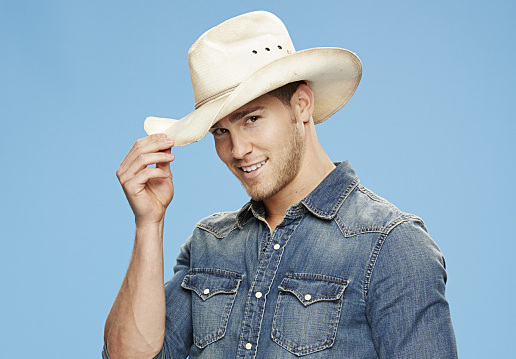