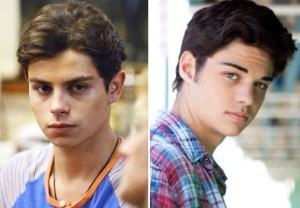 Jesus will have a different look when he returns to The Fosters later this season.

The actor will make his debut as a series regular in the second half of the third season, premiering in 2016.

Austin left The Fosters after the close of Season 2, which ended with Jesus getting into a traumatic accident. However, it was revealed in this month’s season opener that he did not die in the cliffhanger, but survived and then went off to boarding school.

Centineo’s credits include guest spots on See Dad Run, Newsreaders, Jessie and Shake It Up! He also appeared in the Disney Channel original movie How to Build a Better Boy.

Fosters fans, what do you think of the new Jesus? Does he look enough like Austin that it won’t take you out of the scene?