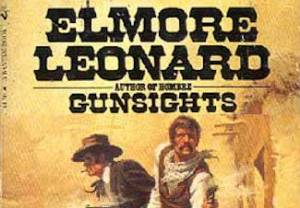 Our sister site Deadline reports that as part of an overall deal with AMC, Provenzano is developing a small-screen adaptation of Gunsights, a Western that Leonard wrote in 1979.

Set in 1893, the novel follows Brendan Early and Dana Moon, who years prior worked together as a lieutenant and scout for the 10th Cavalry, where they tracked renegade Apaches and gunned down scalp hunters. Now, the onetime allies find themselves on opposite sides of the Rincon Mountain War, with Brendan working for a mining company that is determined on driving Dana and his people off their Arizona land.

Provenzano’s other TV credits include penning episodes of Mad Men and Archer.