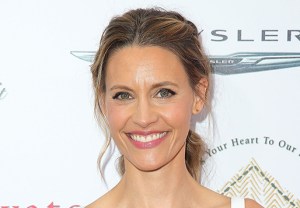 CBS is feeling a bit more certain about its potential drama series Doubt.

The pilot — which did not land a series order during May upfronts — remains a contender at the network.

According to EW.com, the script, which centers on a female lawyer who becomes romantically involved with one of her clients (who may or may not be guilty of a brutal crime), will not be rewritten. However, certain roles will be recast, including the female lead originally played by Secrets and Lies‘ KaDee Strickland.

Our sister site Variety was first to report the news.

* Glee alumna Amber Riley will star in Up TV’s holiday movie My One Christmas Wish, per The Hollywood Reporter. In the film — which is inspired by a true story — Riley will play Jackie Turner, a straight-A college student who posts a Craigslist ad to find a family with whom she can celebrate the holiday.

* Amazon is in talks to pick up Sneaky Pete, the drama pilot from exec producer Bryan Cranston that CBS passed on earlier this year. Per Variety, the pilot — about a con man who assumes his former cellmate’s identity when he gets out of prison — may go up on Amazon Prime Instant Video, after which viewers will determine its potential to be a full series.

* Think you have the horror-movie smarts to make it through MTV’s upcoming Scream series? The network is giving viewers a chance to test their survival skills with an interactive, choose-your-own-adventure (and slightly NSFW) promo. Click here to begin, and try to make the right choices in order to evade the hooded killer. (Editor’s note: I didn’t last very long.)