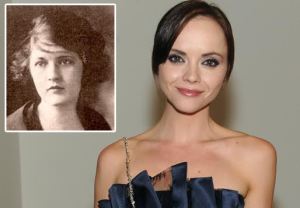 Amazon and Christina Ricci have come up with a novel idea for a new TV series.

TVLine has learned exclusively that Ricci is set to star in and exec-produce an Amazon pilot about celebrated American novelist (and wife of F. Scott Fitzgerald) Zelda Fitzgerald.

An Amazon rep declined to comment for this story.

Ricci recently played another iconic American woman — Lizzie Borden — in Lifetime’s eight-episode The Lizzie Borden Chronicles (and the TV movie that preceded it).