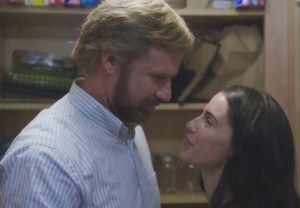 Before I begin, let’s get one thing straight: A Deadly Adoption, Lifetime’s Will Ferrell–Kristen Wiig thriller about a surrogacy gone horribly wrong, is a damn masterpiece.

In spite of its cast, the movie isn’t necessarily as funny as some might expect it to be. Sure, Will and Ferrell’s dead-pan performances yield a generous serving of laugh-out-loud moments, but only in the same way that all Lifetime movies are unintentionally hysterical — unless I’m the only one who still remembers Liz & Dick around here.

The film, which premiered Saturday, stars Ferrell as Robert Benson, an alcoholic finance guru/author still reeling from the self-imposed guilt of the accident that caused his wife Sarah (Wiig) to lose their unborn child. (Damn it, Robert, you knew that dock was rotten!)

After Robert reveals to Sarah that he and Bridget slept together during one of his book tours, Bridget — whose real name is actually Joni — kidnaps their daughter, kills Sarah’s business partner and eventually meets her own demise after a fiery showdown with the Bensons. But, hey, we’ve all had crazy weeks, right? 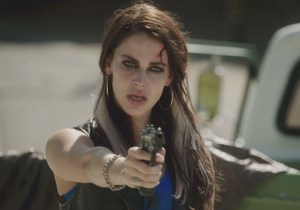 Because A Deadly Adoption, like most of Lifetime’s cinematic works, is meant to be a shared experience, I’ve provided a few talking points for the group below:

1. Have you ever heard the word “diabetes” more in your life than you did during this movie? Even Wilford Brimley was like, “Guys, enough.” (And, yes, he was totally watching.)

2. Does everyone in the movie secretly hate Sarah? First Robert jokes about pushing her off the dock, then Charlie says he’d kill her if he didn’t love her so much. There’s also Robert’s little quip about Sully during breakfast: “She’s bossier than her mother.”

4. During which scene do you think Ferrell and Wiig had the hardest time not laughing? My money’s on the first dinner scene when Bridget relays the story about how her ex-boyfriend used to make her show off on his boat in her bikini.

5. How early into the movie did you figure out Bridget was lying about her pregnancy? (It took the viewers at Chez Swift no less than two scenes.) Also, when Sully discovers Bridget’s fake belly, why doesn’t Bridget just tell her it’s a protective pad for the baby? Not even she would believe that “some women have small bellies.”

6. Is every crazy Lifetime movie character required to say “Don’t call me crazy!” at least once?

7. Is Dwayne attractive? Is he supposed to be? (Charlie seems indifferent while describing him to the police.)

8. The scariest part of this whole movie is that last scene where Robert dances in the kitchen, right?

But enough from me — grade the move below, then drop your review in a comment. 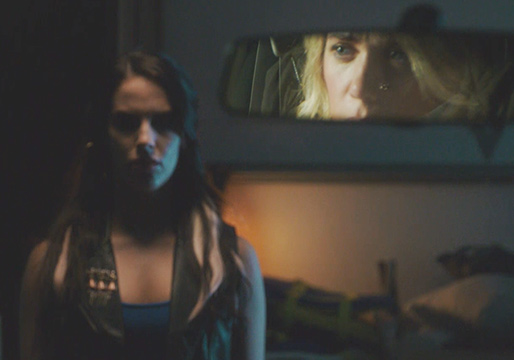