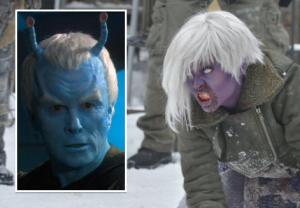 We’ve got questions, and you’ve (maybe) got answers! With another week of TV gone by, we’re lobbing queries left and right about shows including Defiance, Game of Thrones, Finding Carter and Mistresses!

1 | Are Defiance’s Omec giving any Star Trek fans out there an Andorians vibe? Also, did not one producer question the optics of killing off in one fell swoop the show’s minority family in the same episode you bring on two black actors as ruthless, purple-skinned villains?

2 | Is it too big of a coincidence that Orphan Black‘s Castor and Leda original is Mrs. S’ mom? And does Cosima no longer have her own apartment, or is she just that into Shay?

3 | Why are the AFI Tributes (e.g. Steve Martin) sooooo choppily edited that there’s no sense any of the audience reactions/guffaws are legit? 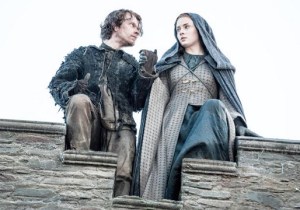 many cliffhangers was most frustrating? (We vote for Sansa and Theon jumping to…?) And who do we have to bribe to get a web series (that, naturally, would air during hiatus) about Ser Jorah and Daario Naharis’ road trip?

6 | Did the Silicon Valley finale prove that in addition to being a first-rate comedy, it’s also one of TV’s most 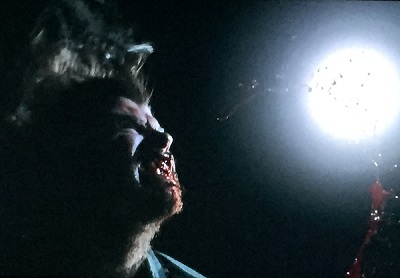 7 | Lovely as Penny Dreadful’s key art always is, may we suggest that for next season, the monster mash replace its elegant portraits with more lurid images, like this shot of Ethan from “Little Scorpion”?

8 | We know Salem’s Isaac upset the congregation at George’s funeral with his accusatory speech, but shouldn’t someone — anyone! — have said, “By the way, what’s with bringing a dead girl in here?”

9 | We get that nasty conflict is “good TV,” but why did none of the UnReal crew step in to break up Anna and Grace’s altercation once it got physical?

10 | Why did Devious Maids saddle firecracker Naya Rivera with the blandest, least fleshed-out character in the show’s three-season history? And when it comes to Rosie’s triangle, are you Team Spence or Team Ernesto?

11 | Doesn’t The Bachelorette‘s Nick Viall have the most punchable face on television?

12 | Is it too early to hand the So You Think You Can Dance Season 12 trophy to Jim Nowakowski, based on his jaw-dropping ballet audition alone? 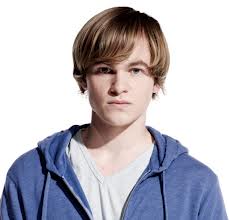 13 | Why does The Fosters keep saddling Brandon with terrible female characters?

14 | Isn’t the point of Major Crimes’ Rusty having his own web series to save this “Alice” storyline from glomming screen time?

15 | What were the odds that Proof’s rule-breaking surgeon would employ in the premiere the exact same Unauthorized! saline-for-blood tranfusion seen in CBS’ Code Black trailer?

16 | What were the odds that Tyrant would employ in its premiere the exact same pretend-to-execute-the-hooded-prisoner ruse seen this week on American Odyssey?

17 | So not even Finding Carter‘s Elizabeth — a detective — cares that a high school student is drinking a beer in front of her?

18 | Between Jeb!, Trump and Rachel Dolezal, are we positive that Saturday Night Live can’t throw a show together for this weekend?

19 | Is it possible that Mistresses might be (gulp!) more interesting with Jennifer Esposito’s gale-force Calista than it was with Alyssa Milano’s Savi? 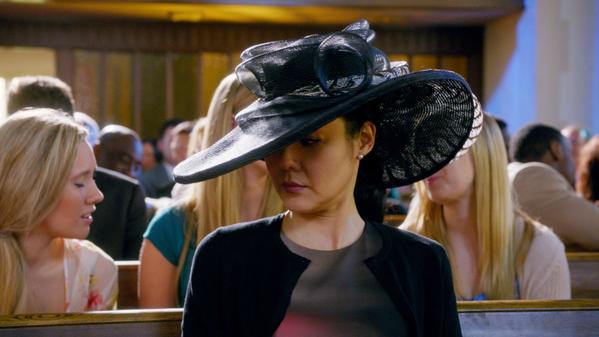 Also, was Karen hitting a Kentucky Derby soiree after church, or was her ginormous hat yet another symptom of her chronic Hot Mess Syndrome?

20 | Though The Astronaut Wives Club technically reads “fine” as a title, don’t you want put an apostrophe in there somewhere? Is the retro sudser’s use of contemporary music a kicky, inspired choice… or just a way to get around paying for the rights to hits of the ’50s and ’60s? And is the pairing of Yvonne Strahovski and Wilson Bethel almost too much pretty to handle?

21 | Didn’t Complications’ Dr. Ellison kinda take a foolish gamble lying to his wife about his whereabouts while on the phone at a noisy gun range? 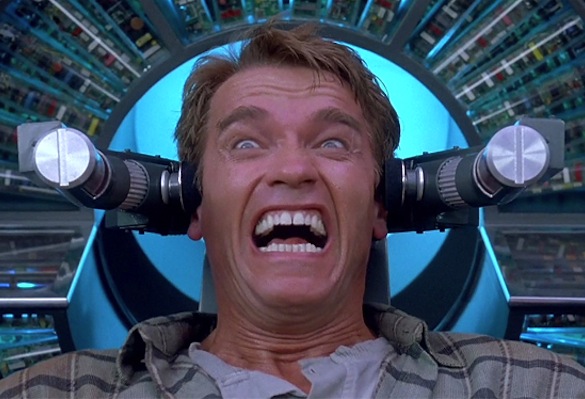 22 | If it was Brian Williams’ goal to win back the public’s trust in that pompous, deluded, borderline-crazy Today show interview, did he fail miserably? And when Williams said he was a victim of “false memories,” did you picture this?

23 | When Lifetime inevitably makes its Rachel Dolezal movie, should they cast a black woman or a white woman in the lead role?