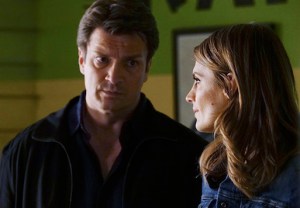 ABC’s Castle — if not the 12th precinct — will be adding to its ranks for Season 8.

TVLine has learned that the stalwart procedural is casting the role of Hayley, a quick-witted, free-spirited former LAPD cop who now works as a security specialist and is not afraid to cross lines to get things done.

The role being cast is a fractional series regular, meaning she would by no means appear in every episode. Specifically, Castle is eying African-American or Hispanic actresses in their late 20s to play the part.

The question of course is: Why the need for a “security specialist”? Is Hayley someone Castle & Co. meet while working a case and subsequently invite to join the NYPD?

Or could it be that Beckett is assigned her own security detail as she runs for that New York State senate seat? (Although given Penny Johnson Jerald’s previously reported exit, the theory had been that Kate instead moves up the NYPD ranks to become captain.)

Hayley isn’t the only new face we’ll be meeting when Season 8 opens. The show is also casting the “major recurring” role of a high-strung, East Indian male tech analyst — whom I can only hope is merely rotating in with Tory. Because otherwise, we have a problem.