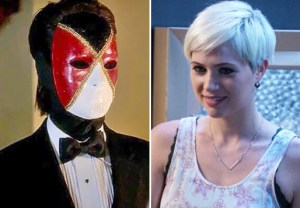 Pretty Little Liars fans have been cooking up crazy theories from the moment “A” sent his/her/its first text back in 2010, but with less than a dozen episodes until the ABC Family drama blows the lid off its six-season mystery, some of those crazy theories are starting to look… not so crazy.

In TVLine’s recap of this week’s episode, I noted my distrust of Sara Harvey and accused her of helping Charles, at which point several commenters introduced — and subsequently expanded upon — a theory I can’t stop exploring in my head: What if Sara is Charles?

Here’s the thing: If I was a betting man, I’d put my money on the two characters simply working together; it’s the safer of the two options, and it’s certainly more obvious. That shoddy FaceTime murder threat — aside from being all kinds of WTF — was a dead giveaway. And I know Sara was (allegedly) held captive in Charles’ lair for two years, but seriously, who takes that many showers?

But the idea of Sara actually being Charles, living amongst the liars and gaining their sympathy, is too deliciously twisted a possibility to ignore. It also requires a heck of a lot more explaining, so let’s break down just a few of the (recent) clues that link the two characters as one: 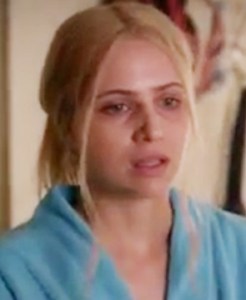 * Über A must have a lot of free time on his/her hands in order to plan and execute such elaborate stunts — the kind of free time you’d have if the world thought you were dead for two years and stopped looking for you.

* Then there’s Sara’s mom, whose conspicuous absence from the show has raised major red flags for me. Why didn’t we see her at the hospital? And when Pam called to let her know Sara was staying at her house, did they ever actually speak? If Sara isn’t really who she says she is, that would explain why she can’t go home and why she doesn’t have any other clothes (unless you buy that her mom threw them out).

* Wasn’t it also strange how adamant Sara was that Andrew wasn’t her captor, despite never actually seeing Charles’ face? Don’t forget, Charles wants credit for his actions — at least within the liars’ inner circle — so I imagine he wouldn’t be too thrilled to see Andrew getting all the glory.

Of course, every theory has its cracks, and I can’t deny there are huge, Minion-sized cracks in both of the possible outcomes mentioned above. For example, the Sara-is-Charles theory would require the show to incorporate a transgender component to the character — assuming Charles is/was actually Jason’s twin — and as commenters have also pointed out, it seems unlikely that LGBT-friendly PLL would introduce a trans character as the ultimate villain.

But as long as we’re all playing Blue Clues here, I figured I’d throw this theory out there to see what you all think. So vote in our poll below, then drop a comment: If Sara and Charles are one in the same, how would that work? And how might clues from previous seasons support — or disprove — the theory altogether?